DJ SPINNA AND OTHERS; The Sound Beyond Stars (bbe) 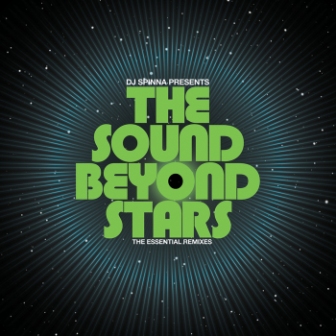 DJ Spinna (Vincent Williams to those who know him intimately) is a music biz veteran whose production and mixes have crossed all kinds of genre boundaries. Growing up in Brooklyn in the 80s, young Vince assimilated all kinds of musical influences – disco, soul, Caribbean, hip-hop, funk, Latin and much more. As a DJ, he quickly earned his spurs on the hip hop scene – playing out and as part of the Jigmastas production crew. However as the East Coast hip hop scene became more and more insular, Spinna turned to dance music…. a natural progression; after all he’d been a regular at the Paradise Garage and revered spinners like Larry Levan. Soulful house, therefore, became his music of choice and this new 2 CD, 18 tracker brings together for the first time the very best of Mr. Williams’ work in the genre.

The two tunes that really did for Spinna are featured. They’re the two Shaun Escoffery songs – ‘Days Like This’ and ‘Space Rider’. Both became worldwide anthems and they retain the instant hit that made them such. Amongst the other goodies are our man’s tweak on Bah Samba’s ‘Moonlight’, Goapele’s ‘Closer’ and Stephanie Cooke’s ‘If I Have To Change’.

Spinna is also big and confident enough to also tackle the work of his contemporaries in the field. So here you can enjoy what he does to cuts from Louie Vega (‘A Better day’), Kerri Chandler (‘You Can’t Lie’) and Ralf Gum (‘Little W 12th Street’).

Whatever he worked on, however, DJ Spinna’s music is always built on a solid chassis of urgent, insistent beats wrapped around with subtle chord changes, catchy melodies and soulful grooves – testifying to his musical education on the streets of NYC.

‘The Sound Beyond The Stars’ is now officially available via bbe Records and comes digitally, as a double CD and in a vinyl version too.