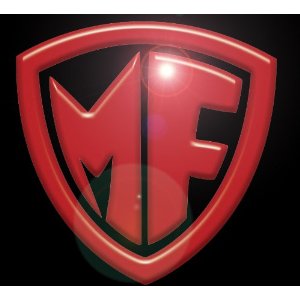 Most soul folk will know all about Baltimore’s DJ Spen. With over 20 years in the business he’s a key player in the soulful house universe. Similarly there can’t be too many real soul fans who don’t rate the monumental ‘The Way You Love Me’ from the MuthaFunkaz. It’s an essential tune and has been ever since it release. Now the team who brought you that (and of course that great Marc Evans album) are back with another stunning soulful house collection that proves that the genre is capable of turning up music that is every bit as committed and emotionally-connected as anything being touted as “modern soul”. More, in vocalists Sheila Ford, Biblical Jones and the aforementioned Marc Evans they have a team to rival the best.

Ms. Ford proves her credentials from the off with the searing ‘A Reason To Love’. It’s a potential soulful house classic. With tight beats and imaginative changes, its message is gospel-based, but like all the best gospel it can be applied secularly too. Sheila’s other leads include ‘Gotta Hold On Me’ (a tune that takes a lot from the scat appeal of Crystal Waters’ ‘Gypsy Woman’) and the pacey ‘Everyday Of The Week’. Biblical Evans is on duty on ‘Bang Thang Theory’ where the bass line echoes ‘Another One Bites The Dust’ and the fast and furious ‘Turn My Life Around’. He duets with Ford on the album’s outstanding cut – ‘Don’t Worry (About Your Problems)’. It’s this album’s ‘The Way You Love Me’ and has the potential to replicate that one’s achievements… it’s appeal goes right across the soul spectrum. Marc Evans’ best moment is his duet with Ford on the busy but catchy ‘Oh I Miss You’.

The album also boasts a couple of semi-instrumentals, with the bassy ‘Muthaz Day’ being the more interesting. It has an almost ethereal feel to it – with more than a hint of Donald Byrd and the Mizells about it. Ford coos beautifully on the chorus. She articulates awfully well too on the album’s opener which purports to explain exactly what a “MuthaFunka” is. In honesty, I’m none the wiser…but I do know that when they come together, the MuthaFunkaz make a great sound.