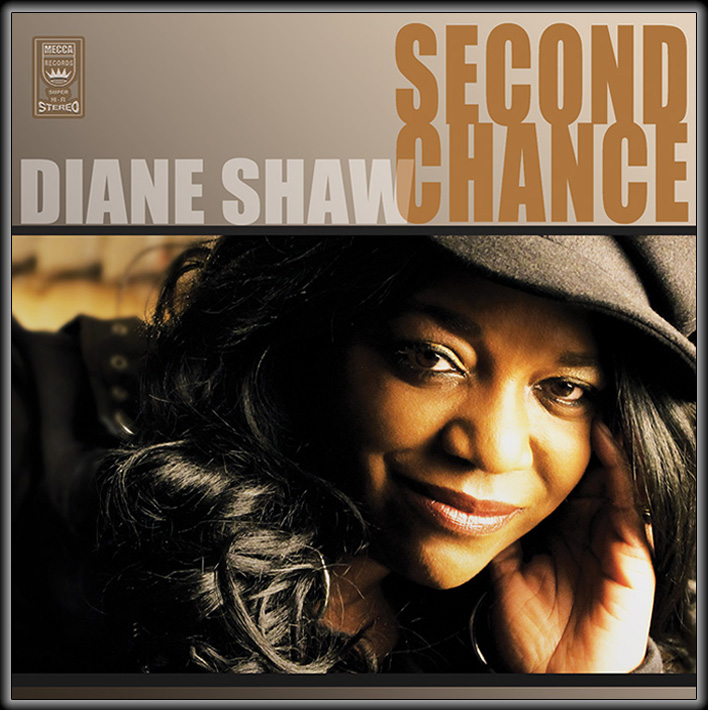 By now every self-respecting soul fan should be award of Ms Diane Shaw. The UK singer has been an in-demand session singer and live backing vocalist for many, many years while her 2015 long player ‘Life, Love And Strings’ was both critically acclaimed and commercially successful. Indeed one soul commentator went as far as describing the album “the best soul set of the 21st century so far!”

How on earth can you follow that up? Well, quite simple really – offer more of the same. Select some proper songs (you know ones with memorable melodies, meaningful lyrics, beginnings, middles and ends), arrange and produce them sympathetically, use real instruments wherever possible and allow one of the best soul voices in the business to do its stuff. In essence, that’s what ‘Second Chance’ is all about.

The long player is a 13 tracker and though it’s an overused cliché, there’s isn’t one dud amongst them. That said, it’s clearly churlish to cherry pick standouts and highlights. Each cut offers up its own treasures but here’s a selection to give you a flavour of what to expect. Here at SJF we’ve always been big, big fans of the songs of Jimmy Webb and we were  really excited to see that Diane has included a rarely recorded song of his on ‘Second Chance’. Tune in question is ‘(Come Back) Halfway and it’s a true delight – like a Fifth Dimension classic. We’re told that Webb wrote the catchy song during his tenure with Motown (just before he broke through) and the surprise is how Berry Gordy let this one get away… kind of proves he wasn’t always right!

Gordy also let Holland-Dozier-Holland get away (he didn’t have much choice) and Diane offers her version of one of the mighty trio’s songs here. It’s ‘Remember Me’, which, I think, H-D-H penned for Laura Lee and here Ms and her team turn in a performance that Eddie, Brian and Lamont will, I’m sure, be proud of. It’s one of the album’s up-tempo moments; one of the memorable slower items is a reading of Michael McDonald’s ‘Someone Like You. Then there’s the ab fab burner ‘Through The Rain’.

But hey… we weren’t going to cherry pick! So enough …. suffice to say that ‘Second Chance’ is every bit as good as its predecessor so the pundit who made the above grandiose “21st century” comment might well need to re-think. We’ll just say that already in 2018 we’vem awarded five stars to two albums – James Hunter and Sir Wick. Now here’s our third!