DIANA KRALL: This Dream Of You (Verve) 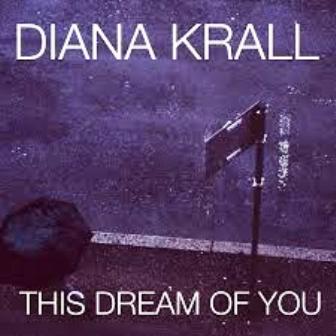 The pandemic has caused chaos and confusion in the music biz. Amongst the long list of issues is the problem of release schedules. Albums planned for Spring release were put back till the artists and their labels felt the time was absolutely right (Gregory Porter’s new set was a case in point) while those who were planning to make new recordings have had to think of other ways to stay creative, maintain their profiles and/or to get some new music out there to their fans. One way to do the latter is to recycle old material and that’s exactly what Diana Krall has done on her “new” album, ‘This Dream Of You’.

The Canadian jazz chanteuse enjoyed a long and fruitful professional relationship with uber jazz producer Tommy LiPuma and, as is the way of the recording biz, the pair cut plenty of tracks that were never issued for whatever reason. Then, when the producer died in 2017, those recordings were put on ice as it were. So, now, unable to record totally new material Ms K and her people at Verve have trawled the tape boxes of unreleased Krall/LiPuma recordings and cobbled together her latest album. Though “cobbled together” is hardly an accurate description. Mrs Costello’s work is always immaculate – smooth, polished, shimmering and sophisticated and ‘This Dream Of You’ is all that, especially as the crystalline final mix was down to acclaimed engineer Al Schmitt while Diana herself added the final production flourishes.

The album is named for the Bob Dylan song, ‘This Dream Of You’ (Dylan anoraks will know it first appeared on his 2009 album, ‘Together Through Life’). It’s a poignant song anyway and Ms Krall’s laconic delivery cranks up that emotion which is further enhanced by the mournful accordion of Randall Krall and Stuart Duncan’s countrified fiddle. The track is one of the artist’s all too rare forays into contemporary songs; the majority of the cuts on ‘This Dream Of You’ are what we might call “standard Krall” – that’s to say, covers of songs from the great American song book like Irving Berlin’s ‘How Deep Is The Ocean’, Vernon Duke’s ‘Autumn In New York’, Gene Kelly’s ‘Singing In the Rain’ and songs associated with Frank Sinatra and Nat ‘King’ Cole’. And because the songs were recorded at various times, there are all kinds of different combination of side men. Across the dozen tracks, the music is offered in duo, trio and quartet sessions with (variously) guitarists Russell Malone, and Anthony Wilson, pianist and arranger Alan Broadbent, bassists John Clayton and Christian McBride and drummer Jeff Hamilton.

What gives the collection its special identity and cohesion is Krall’s unique and seemingly effortless approach to her material… the almost whispered voice, the understated piano and the joy in what she does. Factor into that LiPuma’s original signature production and you have (another) great Diana Krall collection.