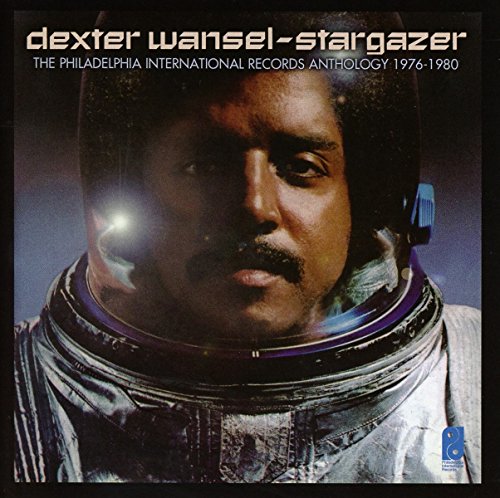 Originally a member of a short-lived Philly band dubiously dubbed Yellow Submarine in the early ’70s, keyboardist and synthesiser maven, Dexter Gilman Wansel, went on to play on sessions for Blue Magic and Major Harris before landing at Gamble & Huff’s Philadelphia International label in 1976. That was the year that he wrote and produced a couple of tracks on The Jacksons’ best-selling self-titled Epic LP, helmed a cut on Lou Rawls’ ‘All Things In Time’ album and also, unleashed his own solo, album, ‘Life On Mars.’ The latter was the first of four LPs for P.I.R. (the others were ‘What The World Is Coming To,’ ‘Voyager,’ ‘Time Is Slipping Away’), which provide the source material for this superlative 2-CD 32-track compilation.

Kicking off with Wansel’s truly and irresistible cosmic dance floor classic, ‘Life On Mars’  – no, it’s not the David Bowie song – the collection brings together every track that the keyboard maestro recorded for Gamble & Huff in what was undoubtedly an incredibly fecund four-year spell. As well as serving up fusion-esque, space-themed, soundscapes like the cinematic title song , the atmospheric ‘Rings Of Saturn’ and stupendous ‘Voyager,’ the versatile Wansel delved into disco (‘Disco Lights’ and the Chic-tinged, Studio 54-referencing ‘I’ll Never Forget’), jazz (‘Ode Infinitum’), funk (‘All Night Long’ and the George Clinton-esque ‘Funk Attack’), reggae (‘Going Back To Kingston Town’) and soul. In regard to the latter, the mid-tempo ballad, ‘The Sweetest Pain’ – co-written with lyricist Cynthia Biggs and covered by Brit soul trio, Loose Ends, on their 1986 album, ‘So Where Are You’ – provides one of Wansel’s finest moments with its sensual vocals (from Terri Wels) and addictive groove. It was also his biggest – and sadly, final – chart entry, peaking at #40 in Billboard’s list of top-selling R&B singles in November 1979.

As the ’70s gave way to the ’80s, Wansel continued to be in demand as a writer and producer but his solo output dwindled to nothing until 1986, when he released ‘Captured’ for Virgin’s 10 imprint. Though he’s seemingly not done much in the last 30 years, the much-sampled music on this collection assures Dexter Wansel of a place in the pantheon of all time great R&B songwriters and producers. As ‘Stargazer’ reveals, his music, with its varied stylistic hues, knew no bounds.  A supremely stellar collection.