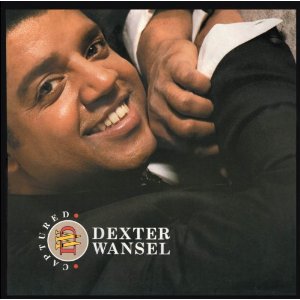 Dexter Wansel was a key player in the creating the classic sound of Philadelphia. He came to the attention of Kenny Gamble and Leon Huff via his work with Yellow Sunshine in the early 70s and soon he was writing, arranging and producing on sessions for people like Jean Carne, Billy Paul, The Jones Girls and Patti Labelle. Gamble and Huff also allowed the precocious Wansel to make his own music but after four reasonably successful solo efforts, he decamped to the Virgin subsidiary, 10 Records where, in 1986, he recorded the album, ‘Captured’ which gets its first ever CD reissue via the Cherry Red/Robin Songs label.

Listening now to the 10 tracker, it’s easy to hear why the reissue labels have steered clear and indeed why, in ’86, the album sort off slipped of the radar. To be frank, it just lacks the clout, quality and soul  of his classic Philadelphia International work. The best track is the album’s title cut. Essentially, like a lot of the LP, it’s thin and electronic (very 1986) but saved by the vocal of the wonderful Jones Girls. They manage to breathe some soul into what would otherwise be a sterile four and half a minutes. The girls also add vocals to ‘Heart On The Line’ – but even they fail to rescue it from an arid electro limbo. It is however many miles better than two cuts that feature a then up and coming Meeta Gajjar. ‘Turn Me On’ and ‘Do What You Wanna Do’ have more to do with the pop of Bananarama than the soul of Philly. Other featured vocalists include Bunny Sigler, and Dr Pearl Williams Jones, while Dexter himself and his writing partner Cynthia Biggs take to the mic too. None of them produce anything special while the least we say about the cover of Maurice Jarre’s instrumental ‘The Year Of Living Dangerously’ the better.

The whole thing begs the question whether this album would have gotten through any of Gamble and Huff’s quality control processes… one just for the Philly completists, methinks!