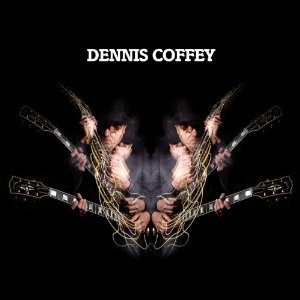 Dennis Coffey is a guitar legend. He was a key member of Motown’s Funk Brothers, playing on countless hits. His is the distinctive wah-wah sound that marked the so called physcho-soul period of the Temptations’ career but he’s also revered by rare groove fans for his solo outings – notably the oft-sampled ‘Scorpio’ and the soundtrack, ‘Back Belt Jones’. For this new album Coffey revisits the uncompromising, dense, fuzz-heavy sound of that era while he wades through a selection of tunes old and new … and it’s the old songs that clamour for attention.

To flesh out his new takes on stuff like ‘Don’t Knock My Love’ and ‘All Your Goodies Are Gone’ he enlists the support of a team of young lions from the current R&B and soul worlds. So it’s Fanny Franklin of Orgone that takes vocal on ‘Don’t Knock My Love’ and Mayer Hawthorne on ‘Goodies’ and they make brave attempts to recreate the passion of the originals. Most interesting cover is a take on Rodriguez’s ‘Only Good For Conversation’ which features   Paolo Nutini on vocal. It’s a rocky track on which Coffey really does break loose. He has similar opportunities on the big instrumentals like ‘7th. Galaxy’ and ‘Knockabout’ but they’re all hugely intense and uncompromising and hard to take in at one sitting. That, I think, is the problem with the album. It’s in your face from start to finish with little variety in pace and shading. Still Coffey’s back, and proving that the passion still’s there.