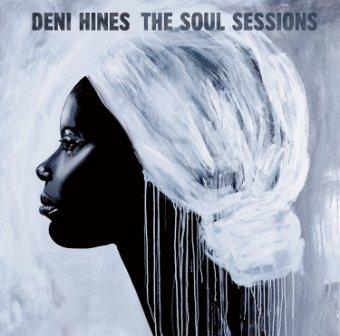 Deni Hines is an Australian soul singer who started in the business when she was just 15, gigging as backing singer to luminaries like INXS and Kylie. Then young Ms H took lead duties with a band called The Rockmelons who enjoyed a string of local hits including an acclaimed version of Bill Wither’s ‘Ain’t No Sunshine’. Her debut solo set was ‘Imagination’ for which Deni won an ARIA (Australian Recording Industry Association) Award for Best Australian Debut Performance. The album was “big in Japan” selling over 300,000 units. From there the young singer moved to stage musicals, movie soundtracks and TV work.

Deni’s second solo album was ‘Delicious Collection’, followed by ‘Water For Chocolate’ and then ‘The Other Woman’. Ever-busy, Deni also worked for a number of charities including the Salvation Army’s Oasis Youth Support Network and Oasis Africa Australia. At the end of 2012 Deni married and opted for some downtime to raise a family but music was always there and she was soon working on a new project…. a soul album to feature all the memorable and classic songs that mean so much to her. Now, four years down the line ‘Soul Sessions’ has won release and, importantly, its already garnering good reviews in the UK and the States.

The long player features covers of songs made famous by people like King Curtis, Chaka Khan, Michael Jackson, Stevie Wonder, Anita Baker, Jill Scott, Aretha Franklin and Whitney Houston. Yep, Deni has sure cast her net wide. I mean it’s quite a span between King Curtis’ ‘Memphis Soul Stew ‘and Jill Scott’s ‘A Long Walk’ . Deni treats these classics with respect; she takes few liberties; just allowing the familiar music to work its magic. Interestingly, too, one of the chosen covers isn’t a soul song. It’s Bread’s ‘If’. A big pop hit for Telly Savalas but Deni takes it down to Soulsville.

More interestingly maybe the album also includes 3 original songs co-written by Deni. These include a brand new acoustic version of her 2001 song ‘Runnin”, written by Deni and her then collaborators Dennis and Darren Dowlut. This version, says Deni, serves as a tribute to Darren who passed away in 2005. Lead cut though is a big, brash tune, ‘What About Love’ which Deni offers as her homage to Motown. It’s not the kind of Motown music that soul connoisseurs collect… too poppy for that but Deni’s in fine form on the song… as, indeed she is throughput the album. Grab a listen to her version of Michael Jackson’ ‘PYT’ to hear what I mean. It’s a remarkable soundalike performance.

As a footnote ‘What About Love’ is also to be released as a digital EP with the song coming in the usual plethora or remixes.