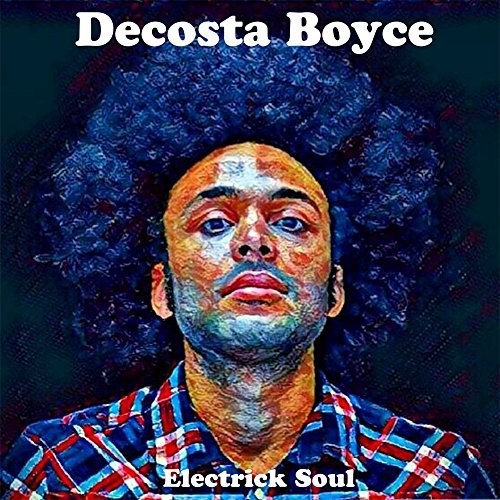 ‘Electrick Soul’ is the most aptly-named album that I’ve come across so far this year. That’s exactly what the 11 trcaker is … contemporary soul delivered in an electronic soundscape by a young man brought up on Prince and D’Angelo and for whom music biz insiders are forecasting a big future.

Decosta Boyce hails from Stevenage and after leaving college he immersed himself in the London music scene eventually working with people like Beverley Knight, Mica Paris and Roachford. He even landed himself a spot touring with Heatwave – taking the great Johnny Wilder’s part as front man! Then the solo career beckoned but sadly poor business choices meant a stalled start – so for the past two years he’s been putting together ‘Electrik Soul’ – happy to be in charge of his own destiny.

‘Electrik Soul’ reveals a young man who’s prepared to experiment with soul and take chances – as he admits on the intro and outro; he sings that he just wants “to try his best to be me” and to that end he (largely) throws the soul text book out of the window. Throughout the album he offers up quirky, electronic beats, gimmicky effects and odd melody lines. The conservative soul crowd will wonder why, but that’s their loss – repeated listens reveal some gems, like the chunky, funky ‘No Holding Back’ and the hazy, phasey ‘I’ll Do Anything’ where the obvious reference point is Maxwell. They both work well but elsewhere (as on ‘I Can Already Tell’ and ‘Givi2me’) you can hear a lack of focus.

That brings us to the album’s two best cuts (to these veteran ears at any rate). First up is a wonderful Isley Brothers pastiche ‘Do It For You’ which comes complete with some great Ernie Isley style guitar and lovely memories of ‘Who’s That Lady’. Then there’s the album’s big set piece ballad… ‘Don’t Go (Across The River)’. This is a mournful, Southern soul, gospel-infused piece on which Decosta shows what he can do without resorting to electronic gimmickry. The reference point on this track is Memphis and Muscle Shoals. Elsewhere? Well we’ve already mentioned Maxwell and his early heroes Prince and D’Angelo. Throw in people like Sly Stone, George Clinton and the whole Funkadelic circus and you’ll start to get an idea of what Decosta Boyce is all about.