DAYTONER: Off The Hook (Cabin Pressure) 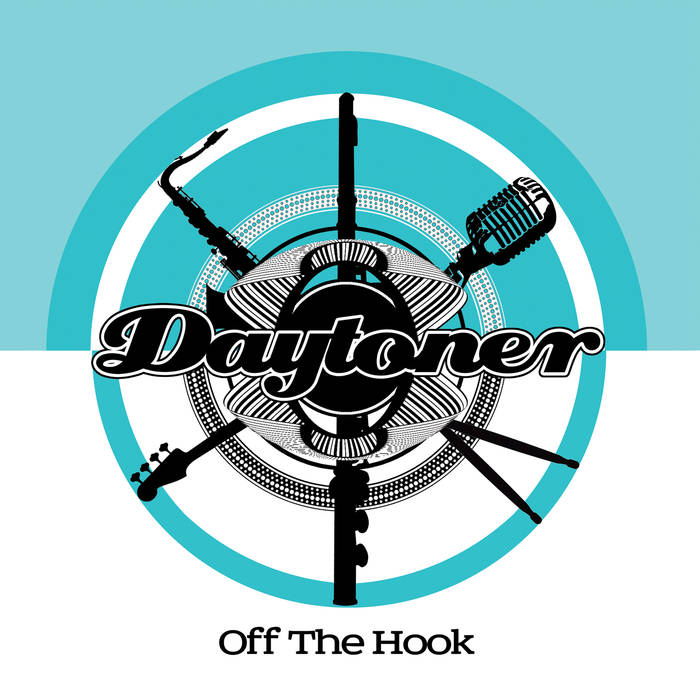 Daytoner is UK band with a complex history. Their story begins with Dj/producer/general muso about Cornwall. Moss Daytoner. Since 2009 he’s been creating music, he says, from his shed! As his reputation grew across the West Country he started to put together a live band to work the festival circuit where Daytoner shows evolved into a mix of live music and Dj sets; essentially they played live and the Dj injected samples and hooks into the output.

‘Off The Hook’ is the band’s debut album – now widely available after a limited run in vinyl, when it won the support of funk and soul tastemakers like Craig Charles. We’re told that the album title refers to the fact that the set (unlike their previous work) features no samples – just the band’s original parts alongside the lyrics of singer, Lucy Richards…. and my word, what a singer! Ms R delivers like a vocal tsunami – full of passion, commitment, grit, energy and, yes, soul. In places you can hear the influence of divas like Aretha and Etta James while her approach clearly owes something to the tradition laid down by dear old Amy Winehouse.

Track that’s currently winning airplay is the tough, loose, funky ‘I Get By’ – Muscle Shoals meets New Orleans via Cornwall! Amongst the other highlights are a quartet of Northern soul pastiches – ‘Needed You’, ‘Second Stomp’, ‘Games’ and ‘Sicka’ which is cleverly built around the gospel standard ‘Wade In The Water’. Now we all know that the Northern crew are very pernickety and probably wouldn’t touch Daytoner with a barge pole… they’d say they weren’t “authentic”. However, if you covered up any of these four tracks and passed them off as long lost artefacts from a 60s indie studio in Chicago or Detroit, they’d believe you. They are that authentic!

All very breathtaking! The respite come via the southern soul flavoured ‘Stop And Go ‘and the Latin kissed ‘Pacific’. In truth I could have done without the gimmicky, cod, 20s style rag time opener ‘The Winning Hand’. But take that away and you have a tough, rough hard-hitting, unusual soul album. Watch out for Daytoner; especially watch out for Lucy Richards!