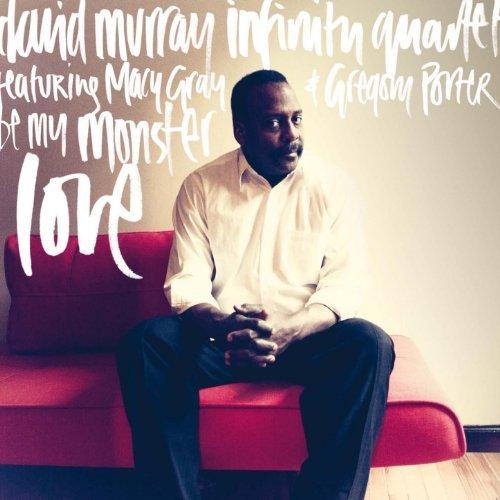 Sax man David Murray has been making music since the 70s when he was an integral part of the New York jazz loft scene. After working with the World Saxophone Quartet he moved to Europe but returned to the States a few years back. Along the way he’s won a Grammy and built a devoted fan base who’ll be delighted with this new 8 tracker recorded with his latest band – The Infinity Quartet (Marc Cary… piano/organ; Nasheet Waits…drums; and Jaribu Shahid… bass). However, I’m guessing that this album’s USP will be the vocal presence of Gregory Porter, soul and jazz’s newest poster boy and a Murray label mate until recently.

Porter features on two tracks – ‘Army Of The Faithful (Joyous Noise)’ and ‘Hope Is A Thing With Feathers’ . The former is big and bright and as uplifting as the bracketed indication. There’s a gospel garnish about it (Mahalia Jackson is name checked) while some of the chord changes hark back to classic 60s pop (“John and Paul” get a mention too). Porter’s in fine form and Murray offers a wild solo while Marc Cary’s organ harks back to the classic age of soul-jazz. ‘Hope Is A Thing With Feathers’ (with lyrics by Abiodum Oyewole of the Last Poets) is, by contrast, mournful and melancholic – befitting the lyrical content… the hopes but ultimate disillusionment of immigrants to America. Its serious stuff and a far cry from the singer’s more recent soul-based work.

The album’s other featured vocalist is Macy Gray – a long-time Murray collaborator. Her world-weary, smoky vocal is perfect for the eclectic title track – a musical/lyrical melange of bizarre memories, weird dreams and insightful observations. Cornet player, Bobby Bradford is Murray’s third special guest. Murray and Bradford go back a long way… Bradford was Murray’s teacher at Pamona College and he joins his former student on a complex ‘The Graduate’. The album’s completed by four Murray instrumental originals of which ‘French Kiss For Valerie’ is particularly beguiling.

The album offers an unusual bonus. The liner notes include a short story from award–winning British crime writer Robert Wilson. His story, ‘A Dangerous Kind Of Love’ was inspired by the album’s title track – a refreshing change to the norm.