DAVE GRUSIN: ‘The Friends Of Eddie Coyle’ (We Want Sounds) 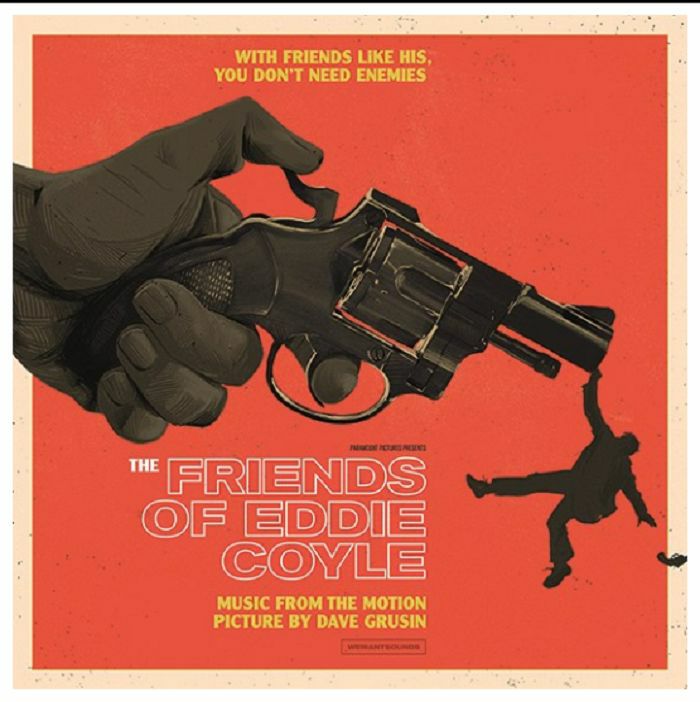 Dave Grusin‘s name is synonymous with smooth jazz, a polite, sometimes anodyne and anaemic kind of jazz-fusion that his label GRP helped to establish in the 1980s and ’90s.  But as this stupendous soundtrack album shows, Grusin could make tough and edgy music if he wanted to. Never officially made available to the public until it was issued on CD a few years ago, Grusin’s highly-sought-after score to ‘The Friends Of Eddie Coyle’ – an uncompromising crime thriller starring Robert Mitchum based on George V. Higgins’ book – is now available on vinyl for the very first time and presented in a gatefold sleeve adorned with an eye-catching Oliver Barrett movie poster design.

For those listeners who appreciate jazzy, funk-infused soundtrack albums from the late-’60s and early-’70s by the likes of Quincy Jones and Lalo Schifrin, then ‘The Friends Of Eddie Coyle’ will make a strong impression.  Interestingly, the original 1973 movie was the work of Peter Yates, the British director behind the 1968 Steve McQueen movie, Bullitt, which yielded  a memorable score – arguably the first of its kind – from Lalo Schifrin.  The atmospheric percussion on Grusin’s soundtrack (especially prominent on the tracks, ‘Guns To Artie/Artie Examines Guns’ and ‘Partridge Robbery/Take A Walk’) shows unequivocally that the Colorado-born pianist/composer was acutely aware of Schifrin’s groundbreaking soundtrack work.

But aside from tense, atmosphere-building action cues, Grusin serves up a fabulous main theme, which after a dreamy beginning of chimes, mellow Rhodes chords and resonant flutes, evolves into chunk of  strutting street funk garnished with sweet strings.  The funk gets deeper on the driving ‘Clean Cut’ and ‘Mr Connection,’ and as a bonus track, an alternate version of the latter tune is included. Grusin’s music has been completely remastered and the package is completed by liner notes from writer, David Toop. Though not as well-known, perhaps, as Grusin’s ace 1975 score to the Robert Redford-Faye Dunaway conspiracy thriller, Three Days Of The Condor, it proves to be an equally enthralling listen. Essential listening for soundtrack buffs.