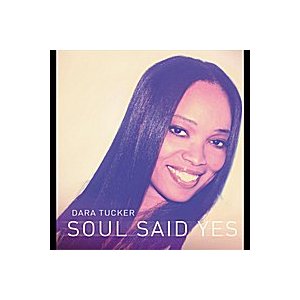 Dara Tucker is a singer who hails from Tulsa, Oklahoma where she began her singing career in Church – aged just 5. It was much later though when she started to write and perform her own songs. She was actually working in Switzerland (our girl’s got a string of top business and language degrees) when she discovered the fulfilment to be had in that particular creative process. Later, relocating to the States, she quickly became a mainstay on the thriving Nashville jazz scene and in 2009 she released her debut album – ‘All Right Now’ and this follow up set follows much the same pattern –a pleasing mix of originals and covers.

The covers are chiefly standards and she treats stuff like ‘Tangerine’, ‘Easy To Love’,’ Body And Soul’, ‘Poinciana’ ‘Our Love Is Here to Stay’ and the Willy Wonka song, ‘Pure Imagination’ with a delightful lightness and clarity that might recall Nancy Wilson. The other big cover is a version of Sade’s ‘Stronger Than Pride’ which features some sombre, churchified organ. It’s all much more interesting though when she returns to her roots with some old gospel numbers, the best being ‘I Will Move On Up A Little Higher’ which is delivered with real conviction. Conviction-a-plenty too on the mix of Hamilton Bohannon’s ‘Save Their Souls’ with the traditional ‘Soul Said Yes’. The Tucker family singers offer authentic old school backing vocals and Charlie Hunter’s 7 string guitar adds even more spice.

Best of the original songs is the opener ‘All That You Have Is Your Soul’. This one is effective through its simplicity (just a guitar as backing) and fans of Carole King circa ‘Tapestry’ could do worse than investigate this one… and you can at www.daratucker.com