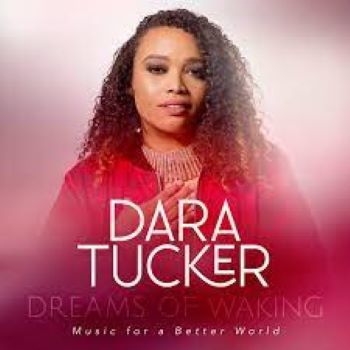 We’ve known about Tulsa-born but Nashville-based singer/songwriter Dara Tucker since 2009 when she debuted with ‘All Right Now’. That was followed by ‘Souls Said Yes’ – another collection of covers and originals that had critics making comparisons between Dara and artists as diverse as Carole King (for her singer/songwriting prowess) and Nancy Wilson (for her gentle, jazzy delivery). After 2014’s ‘The Sun Season’, Dara’s trajectory took flight with her 2017 set, ‘Oklahoma Rain’ The title track and the ab fab ‘Radio’ became soul and jazz radio station mainstays reminding people why this special feel-good music was their  genre of choice. Ms Tucker’s career developed further with 2019’s ‘Soul’s Seven Colours’ which again presented a menu that though not classic soul or jazz  embodied elements of both but added flavours of country, gospel and Americana.

Dara continues her musical odyssey with her latest album – the 12 tracker that is ‘Dreams Of Waking’ – which is actually something of a departure for her. You see the LP is chiefly a set of covers. Sure, Ms Tucker has covered plenty of other artists’ songs before (especially on her early albums), but this is the first time that she’s offered an almost  complete set of covers. Critics might say this could mean artistic/creative burn out, an easy option even. But no, this is no random selection. ‘Dreams Of Waking’, subtitled ‘Music For A Better World’ is a very carefully curated body of songs. Dara  says: “The album  title refers to the hope that our society will develop an awareness of the the inequities that still exist. It’s the dream that we will become full conscious and attuned to the hopes, dream and needs of every human being”.

So, the singer has chosen songs from the 60s and 70s which deliver  some sort of message and  genuine glimmers of hope. Amongst the chosen 12 are Stevie Wonder’s ‘Love’s In Need Of Love Toady’ and ‘You Haven’t Done Nothin’’, Carole King’s ‘You Got A Friend’, Burt Bacharach’s ‘What The World Needs Now’ and Donny Hathway’s  ‘Someday We’ll All Be Free’. Fairly obvious choices, of course, but Dara opens them up with fresh, innovative and imaginative stylings. To hear what I mean, try the “new” ‘What’s Going On’ – a thousand miles from the original but still hammering home a powerful message via Dara’s insinuating approach.

We’ve said that ‘Dreams Of Waking’ is “mainly” a covers album. The album boasts one Tucker original, ‘Do We Sleep’. This is a gentle, piano led introspection with a melody that pays homage to ‘Pure Imagination’ (which Dara covered on ‘Soul Said Yes’). It ties in perfectly with the album’s aim and in no way sounds out of place amidst such illustrious company.