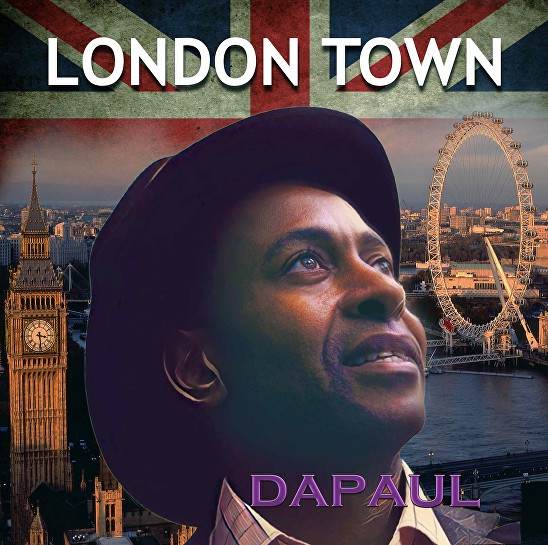 DaPaul (David Philips) is a London-based singer whose musical roots are in gospel music but in the 1990s he moved onto the secular circuit and was soon in demand as a session singer working with people like Eternal, Cleopatra, Alex O’Neal, Jhelisa, Kloud 9 and Gabrielle. Back in 2013 he created a name for himself in his own right with his debut solo album, ‘Soulful Spirit’. From the long player, ‘She’s So Entertaining’ became a favourite right across the best soul radio stations while the more up-tempo ‘Let Me Go’ saw plenty of dance floor action on the modern soul scene.

Since then DaPaul’s been busy working on his second album and, just in time for the Christmas present rush, it’s won release. The new 12 tracker begins where 2013’s ‘Soulful Spirit’ left off. That’s to say musically it’s a thoroughly contemporary soul affair while lyrically DaPaul’s songs explore the issues that mean the most to him… his family, his friends, his musical heroes, his role models, his faith and, of course, his home town… London. And that’s exactly where the album begins. The set’s title track (you may already know it from its single release) is a heartfelt homage to the city that DaPaul knows and loves. Like the old Light of the World song of the same name it’s full of optimism and pride in the great old city’s diversity.

Musically, it’s a sprightly beater and there’s more of the same on ‘In The Sun’ and ‘The Way I Do’. That last one is a duet with Korin Deanna and the cut kind of evokes the positivity of those great Marvin and Tammi duets.

Real album highlights, however, come midway through the set with ‘More Than We See’ and ‘Family’. The former is a jazzy meander with some lovely, gentle piano from DaPaul himself. Thoughtful lyrics too; “We’re always caught up with the visual…attracted to the look of the physical… aesthetically pleasing emotions, our feelings. Life is more than we see”. The title of the latter, I guess, is self-explanatory but, especially, at this time of year, it’s no bad thing to underline the importance of family.

Elsewhere, ‘The Sweetest Time’ is DaPaul’s homage to Prince and Muhammad Ali, while ‘He’s Real’ harks back to the singer’s gospel roots.

As a bonus, the album offers a remastered version of 2013’s ‘She’ So Entertaining’ and a special “Christmas mix” of ‘London Town’ which is a lovely snapshot of an urban Christmas, though I don’t know where hot cross buns come in!

That aside, DaPaul’s ‘London Town’ album confirms his position as one of the UK’s best indie soul singer/songwriters and if you’re looking for something a little bit different but still soulful for those Christmas stockings, this comes recommended.