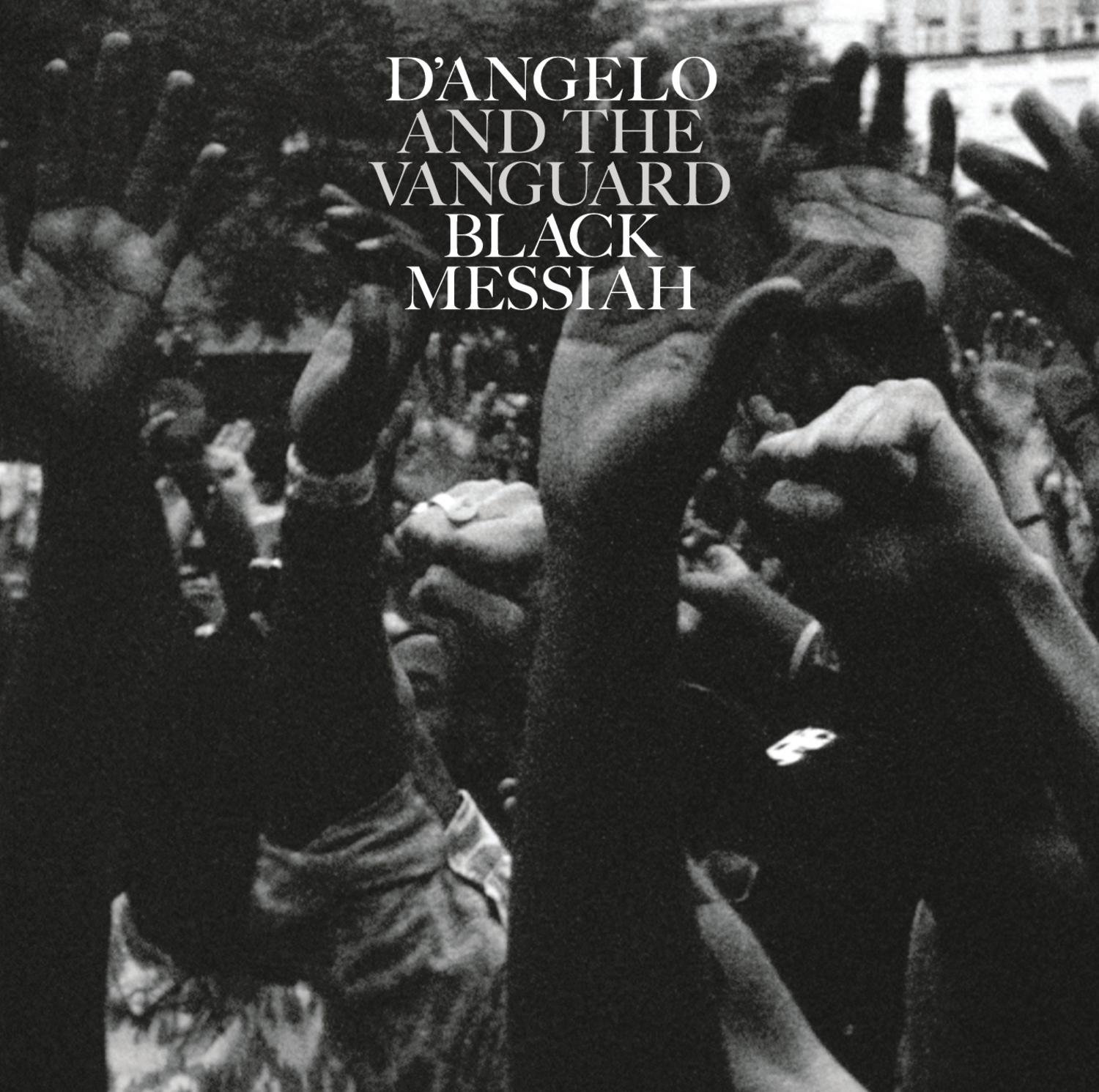 It’s been almost fifteen years since D’Angelo – deemed one of the key architects of the neo-soul movement back in the early mid-90s – released a studio album. Certainly, to be absent from the consciousness of the record-buying public for such an inordinate length of time would be tantamount to career suicide for most musicians – but seemingly not for the enigmatic 40-year-old singer/songwriter/auteur from Richmond, Virginia, whose previous long players ‘Brown Sugar’ (1995) and ‘Voodoo’ (2000) were profoundly influential (they changed the sensibility and course of American R&B) and cemented his place in black music history. Though his recorded output is frustratingly small – just three studio albums in twenty years – there are, understandably, big expectations for this long-awaited follow-up to ‘Voodoo.’

Given its provocative title, ‘Black Messiah’ – which shares its name with a Cannonball Adderley album from 1972 – represents a musical resurrection for the man born Michael Archer and certainly restores our faith in him as a saviour of soul (apparently the album, originally to be called ‘James River’ became ‘Black Messiah’ and was rush-released following the recent protests about the shooting of Michael Brown in Ferguson, Missouri). The album’s title, according to the singer, isn’t a reflection of his own aspirations: “We should all aspire to be a Black Messiah,” he recently siad. “It’s about people rising up in Ferguson and in Egypt and in Occupy Wall Street and in every place where a community has had enough and decides to make change happen.”

The album contains twelve tracks – selected from some fifty songs that were actually recorded at the studio sessions – and continues in the same stylistic vein where ‘Voodoo’ left off featuring deep, densely-layered grooves propelled by Pino Palladino’s slithery, sinuous bass lines. This time, though, D’Angelo’s palette is broader, evidenced by the striking and atmospheric ‘Really Love,’ which features sweet falsetto vocals over a Hispanic-tinged jazz groove.

‘Sugah Daddy’ is one of the set’s most accessible tracks, a meandering, amorphous jam with discursive piano fills, jazz-infused scat vocals and greasy horn parts. It’s very Prince-like, as is the lazy, rumbling funk of ‘Ain’t That Easy.’ Indeed the whole album reflects a huge debt that D’Angelo owes to the talent of Minneapolis’s diminutive purple genius. But while the prolific Prince has always struggled to establish consistency and often lets quantity outstrip quality, D’Angelo evidently does not suffer the same problem.

‘Betray My Heart’ is characterised by a walking jazzy bass, mellow horn charts and falsetto vocals. ‘Prayer’ seems stolid and ungainly by comparison while ‘The Charade’ has an infectious psych-pop-rock feel and ‘The Door’ is a country-blues excursion featuring D’Angelo whistling a catchy riff. It’s a varied, multi-hued collection, then, but its disparate elements are unified by D’Angelo’s overriding aesthetic vision. At its essence, ‘Black Messiah’ is more about creating moods with grooves rather than laying emphasis on traditional song-craft, though there are some very good songs on offer, such as the mid-tempo, retro-esque ‘Another Life,’ which reverberates with echoes of vintage Philly soul group, the Delfonics.

So has ‘Black Messiah’ been worth the wait? That’s undoubtedly the question that’s on the lips of most followers of soul and R&B who can recall the buzz that ‘Brown Sugar’ and ‘Voodoo’ generated back in the day. The answer is a resounding yes. To this writer’s ear it is unequivocally one of the best R&B/soul albums of 2014 and expands the genre’s parameters just as D’Angelo’s previous work did.