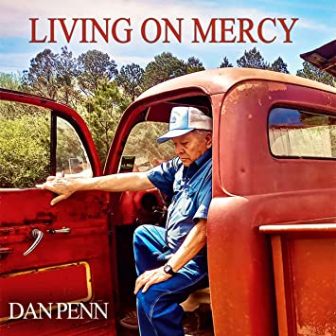 A few weeks back we highlighted a compilation album on The Memphis Boys – a collection of archive recordings featuring the studio band of Chips Moman’s legendary American Sound Studios down there in Memphis. How appropriate, therefore, now to be able to focus on a brand new recording from another Memphis legend – one who worked extensively with the Memphis boys and their boss, Chips Moman.

Dan Penn needs no introduction to soul fans in general and Southern soul collectors in particular. But briefly, singer/songwriter/guitarist Penn (born Wallace Daniel Pennington in 1941 in rural Alabama) began his epic musical odyssey working with Rick Hall in Muscle Shoals. In 1966 he moved to Moman’s American Sound. In those famed locations Penn (often in partnership with Spooner Oldham) helped craft countless soul classics like ‘The Dark End Of The Street’, ‘Do Right Woman, Do Right Man’ and  ‘I’m Your Puppet’ while amongst his poppier successes were ‘The Letter’ and ‘Cry Like A Baby’ for the Box Tops. Penn eventually moved to Nashville where he continued to write and produce for both soul and country stars. Though he’d recorded a couple of singles in the early 60s, in 1972 he released his own album (‘Nobody’s Fool’) and in ensuing years he recorded sporadically – but those few albums were all acclaimed by Southern soul collectors.

Those collectors will be delighted to know that Penn has been back in the studio (Muscle Shoals and Nashville) and he’ll soon be releasing (August 28th) ‘Living On Mercy’ – a concise 13 tracker that encapsulates everything that Penn’s been through in his storied career. The songs – some old, some new – have been written by team of stellar genre names. There are Penn originals and selections from the songbooks of people like the Cate Brothers, Spooner Oldham, Carson Whitsett, Buck Lindsey and Buzz Cason and like the band (Milton Sledge, drums; Michael Rhodes, bass; Will McFarlane, guitar; and Clayton Ivey, keys) they all have huge life experiences, genre knowledge and an empathy for where Penn’s coming from and what he hopes to achieve.

Among the many highlights here are Penn’s take on the Cate Brothers’ ‘Blue Motel’ and a new version of Spooner Oldham’s ‘I Do’ which was recorded way back in the day by the Vel Tones (though some might know the Steve Alaimo version). Both are deceptively simple but none the less effective for that. Here and throughout the album Penn and his team eschew gimmicks and fads and simply tell it like it is. They offer home spun philosophy, sweet and sincere love songs and reflections on life’s vagaries and uncertainties. Holding it all together is Dan Penn’s world weary voice that both convinces and reassures… where he’s been and what he’s been through, we’ve been and done too. It’s proper grown up music. But call it what you will… adult music, maybe Southern soul or country soul or blue eyed soul – it doesn’t really matter; above all else, it’s a universal music and if it doesn’t touch you somewhere, you’re lacking that noun we’ve just repeated thrice!