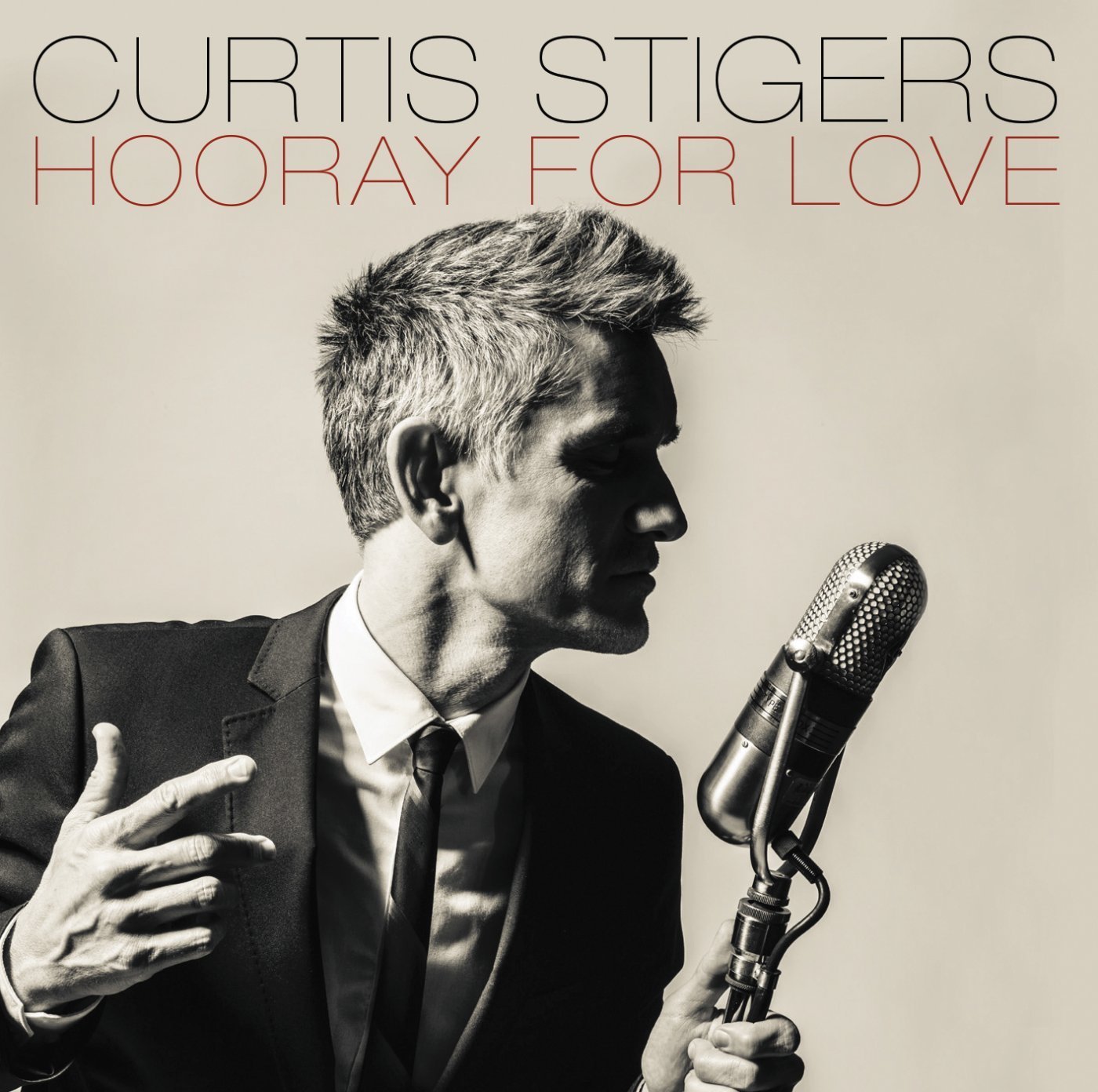 Curtis Stigers is a rare and remarkable breed of musician: one who started out as a long-haired hit-making pop singer back in the early ’90s (when he landed in the UK Top 10 with his Arista singles ‘I Wonder Why’ and ‘You’re All That Matters To Me’) but who convincingly morphed into a jazz singer a decade later and went on to make a series of critically-lauded albums (it’s worth noting that another singer who had a similar career trajectory to Stigers was Frank Sinatra). ‘Hooray For Love,’ Stigers’ latest long player – and the 12th of his 23-year-old recording career – is one of the Idaho singer’s most aesthetically satisfying projects yet and differs from his previous work in that he has elected to focus on singing traditional standards rather than present jazz-inflected interpretations of pop and rock songs.

Compared with his last album, 2012’s ‘Let’s Go Out Tonight’ – a rather sombre, introspective collection whose performances and choice of material purportedly reflected the singer’s marriage break-up – ‘Hooray For Love,’ as its title implies, is a brightly optimistic package. Its theme is love: but not love lost or unrequited love – it celebrates, rather, the joy of romantic love. If ‘Let’s Go Out Tonight’ found Stigers falling out of love with love then this new album seems to be a case of love rekindled. Its joyful tone is epitomised by the gently swinging opener, ‘Love Is Here To Stay,’ a Gershwin brothers tune that Stigers renders delightfully with his rich, slightly raspy vocal delivery.

A relatively unknown French chanteuse, Cyrille Aimeé, trades phrases with Stigers on a flirtatious duet version of Sinatra’s ‘You Make Feel So Young.’ The two singers contrasting sonorities – Stigers’ craggy, slightly world-weary, lived-in delivery is juxtaposed by Aimeé’s youthful playfulness – imbues the rendition with heaps of character. Other standards that receive the inimitable Stigers’ treatment are ‘If I Were A Bell,’  ‘The Way You Look Tonight’ – which is deeply languorous – and a terrific impassioned rendering of ‘You Don’t Know What Love Is.’

But it’s not all standard fare. There’s a great take on US singer/songwriter Steve Earle’s ‘Valentine’s Day’ and Stigers has also written three new tunes for the set. The title track (co-authored by the singer with his trumpeter, John Sneider, who also solos on it) is driven by a pulsing swing groove with a walking bass line and seems destined to become a future standard. Another cool self-penned swinger, ‘Give All Your Heart To Me,’ also catches the ear.

Overall, ‘Hooray For Love’ is an accomplished set that confirms that Stigers is a talented tunesmith as well as a gifted interpreter of the Great American Songbook – it also vividly illustrates that like a vintage wine, the singer originally from Boise, Idaho, just seems to get better and better with the passing of time. Hooray to that.