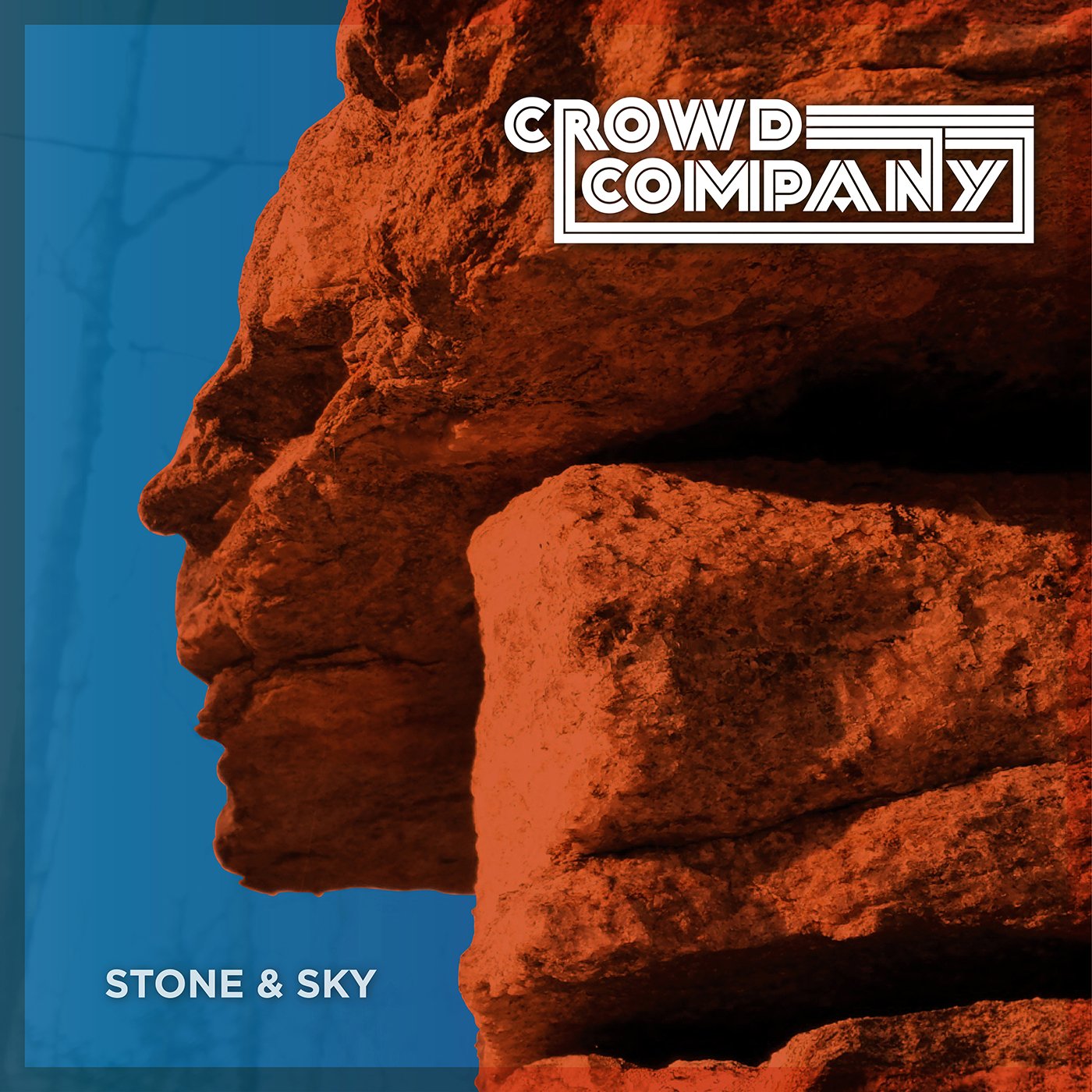 This album’s been around since the back end of last year but the 13 tracker has been steadily building up a reputation and sales via the connection with producer Alan Evans of Soulive.

The band, Crowd Company, are a British 8 piece outfit with a mutual passion for vintage soul and funk; their USP is a trio, of lead singers – Rob Fleming, Esther Dee and Jo Marshall while the instrumentalists like to keep things authentic. To that end they decamped to Evans’ Iron Wax studio to cut ‘Stone & Sky’ – the follow up to their 2014 debut ‘Now Or Never’. Like that one, this new set offers plenty of toughness and raw energy best typified by the opener, ‘Take Off That Crown’ . There’s a big blaxploitation feel to this, though the funk’s never too far away. ‘Soar’ is another funky workout driven by wah wah guitars.

The album’s most soulful moment is the stark ballad ‘Can’t Get Enough’. The roots of the music here are down in Muscle Shoals and Memphis and there’s a convincing vocal from either Jo Marshall or Esther Dee. My copy doesn’t make it clear which singer features on which track…. but whoever it is does a fine job.

Elsewhere expect plenty of raw, contemporary funk delivered with energy, passion and a respect for the genre.