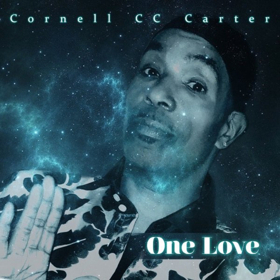 Like many contemporary soul singers California-born Cornell Carter seems to get more love and respect from the UK and European soul fraternity than he does in his homeland. In the States, CC is known as a top session singer – he’s graced records and live performances with people like Ray Charles, James Brown, The Whispers, The Temptations, Natalie Cole, Kool and the Gang and most recently Narada Michael Walden. A few years back he decided the time was right to go his own solo route and two albums (‘In The Moment’ and ‘Vindicated Soul’) and a slew of fine singles seemed to justify his decision. The albums and the singles (especially in their various remixes) did moderately well Stateside but in the UK and Europe they topped all the credible soul charts. Little wonder, then, that this – Cornell’s newest collection has been one of the most eagerly anticipated sets of the year. Two mighty fine singles from the album cranked up the expectation. First there was ‘That Feelin” – a classic and chart-topping modern soul groove; then came ‘That’s My Baby’ – another mini masterpiece. Both tunes, by the way, were produced by Soulpersonna (Morgan Howell) and served as tasty hors d’oeuvres for the album.

Those two songs sit centrepiece on the 12 track LP that is ‘One Love’ but the good news is that there are plenty more cuts to rival those new classics. Be assured ‘One Love’ is no one trick pony (or in this case “two trick”!)

For the rug cutters there’s plenty to please….’Winners’, ‘Relax’ and the two mixes of ‘Something Like’ will fill any modern soul room floor. Ditto the pacier ‘Badeyah’ – a treat for the soulful house crew too, this one.

Fancy some down time…. try the gentle ‘Free’ and the soporific ‘Maybe’, while in between tempos there are the lovely ‘Life’ and the homage to Bob Marley that is the LP’s title cut.

In truth, ‘One Love’ is crammed with great, proper, “old fashioned” soul songs and CC’s time in the studio working with some of the biz’s biggest names has taught him a lot about presentation and production; then, of course, there’s THAT voice – a beautiful instrument (don’t take my word…. why would all those big names have used him?) that delivers every time.

This album opens with a concise spoken intro/tribute from BBC radio presenter John Leech. He opines that that CC Carter has “raised the bar” for modern soul with his “textured music” that “cascades and flows beautifully“. Bob on Mr Leech! We agree! We’re also confident that he’ll agree that ‘One Love’ is one of 2018’s very best and as the year draws on, few will albums will match it.

For more info on Cornell and this album go to out interview section!