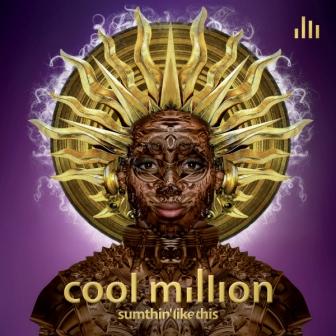 It’s seems like ages since Cool Million released the lead track to this album. Tune in question of course was the floor-filling ‘Dontcha Wanna Dance’ featuring an inspiring lead vocal from Baltimore’s Marc Evans. I think it came out last November and since then it’s been a mainstay on the modern soul scene. It fuelled anticipation for the parent album but we were forced to wait as the dynamic duo (Rob Hardt and Frank Ryle) leaked another wonderful music morsel from the set. It was March and the crowd got it on with ‘Tonight’ – another thumping modern soul dancer, this time with the venerable Glenn Jones on lead duties.

Halleluiah! The full album’s set to drop (at last) and previews reveal that ‘Don’t Cha Wanna Dance’ and ‘Tonight’ weren’t flashes in the old soul pan. The other 13 tunes on offer are every bit as fab as those two and everything’s stamped with that trademark Cool Million retro sound.

The boys hit the ground running, opening with the LP’s title track. Featuring Tim Owens on lead vocals, ‘Sumthin” Like This’ is a brass fuelled anthem built on a luscious set of beats… think the great Tower Of Power in their more mellow, late career days. And that’s the beauty of Cool Million music. There are countless reference points in their music but just when you think you’ve nailed the source, they move onto something fresh. Case in point is ‘Say Ooh’. A gentle little mover, it feels like ‘Midas Touch’ but as you’re congratulating yourself for spotting that, the tune moves off in a new direction… this one even has (whisper it… a rap!)

It’s pointless cherry-picking highlights and in places the song titles say it all… I mean ‘Sweet Soul Music’ and ‘Good Times’; both guaranteed!

There is so much good here that all we need to say that this is one of 2015’s absolutely essential albums. We already had the Saun & Starr album; then Bluey hit us with a stunner of a second solo set. Now Cool Million’s ‘Sumthin’ Like This’ becomes the third 2015 must have! Lovely stuff and bob on Cool Million’s mission statement…. “Taking Soul Music Back To The Future”.