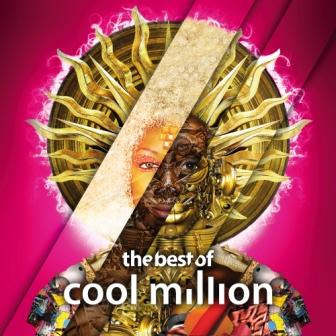 Since 2008 (yes 9 years!) the Cool Million crew (Rob Hardt and Frank Ryle) have been serving up a unique, superlative take on the modern soul idiom. The pair – one German, the other Danish – are passionate about soul music and as practising DJs they know the joy and optimsim that soulful dance music can bring. So, what to do when you need new, quality dance tracks to play out? Easy – create your own! That’s what Frank and Rob decided to do nine years ago and, putting their proudcers hats on, they set to work with people Leroy Burgess, Eugene Wilde, Jean Carne, Keni Burke, Alton McClain, Marc Evans, Dimitri From Paris, Kenny Thomas and dear old Lisa Stansfield to craft a soul sound that had its roots in the great days of those 80s Soul Weekenders but which also had classy contemporary flavour. That mix produced a soundscape that is immediately identifiable as the “Cool Million sound” and in the last nine years any number of producers have tried to copy the process but no one (yet) has managed to capture that special sound as well as Rob and Frank.

There can’t be too many modern soul collectors who don’t know about Cool Million; indeed most will have plenty of Cool Million cuts in their libraries; failing that, if they’re dance event attendees, they’ll have cut plenty of rugs to cool Cool Million tunes.

Well if you want to keep on dancing, or refresh your Cool Million collection, or, indeed get know the team for the first time, here – via a 15 track “Best Of…” collection – is wonderful opportunity to do any of those things.

The genesis of this album is interesting. Rob and Frank told us when they work on new material they always refer back to their previous glories for ideas and inspiration. So, while preparing their upcoming (2018) tenth anniversary album, they had a long listen to their back catalogue and they decided that there was so much quality in there that their first “Best Of…” would be a good idea!

That good idea is now officially available and though many of the cuts will be familiar to modern soul buffs, to have them lined up like this is a real treat and when things like the Marc Evans-vocalized ‘Don’t Cha Wanna Dance’ is lined up next to Kenny Thomas’ ‘Without Your Love’ which precedes the Dimitri From Paris remix of ‘Oh!’ you realize just what Cool Million have achieved in the last nine years.

As a bonus there are two new songs – ‘That’s My Lady’ featuring Danish singer Gregers and ‘Lovers Come, Lovers Go’ featuring US singer Kiki Kyte. There’s also a new treatment of the duo’s 2011 Keni Burke fronted ‘So Real’ ….which is exactly what it is … so real, so good! All three of these “new” tracks boast the wonderful Cool Million sound, so for the price of one CD you can have yourself your very own modern soul night… courtesy of Rob Hardt and Frank Ryle. They won’t tell us their secret formula but my hunch is that first and foremost they’re passionate soul fans and that passion is what drives their music!