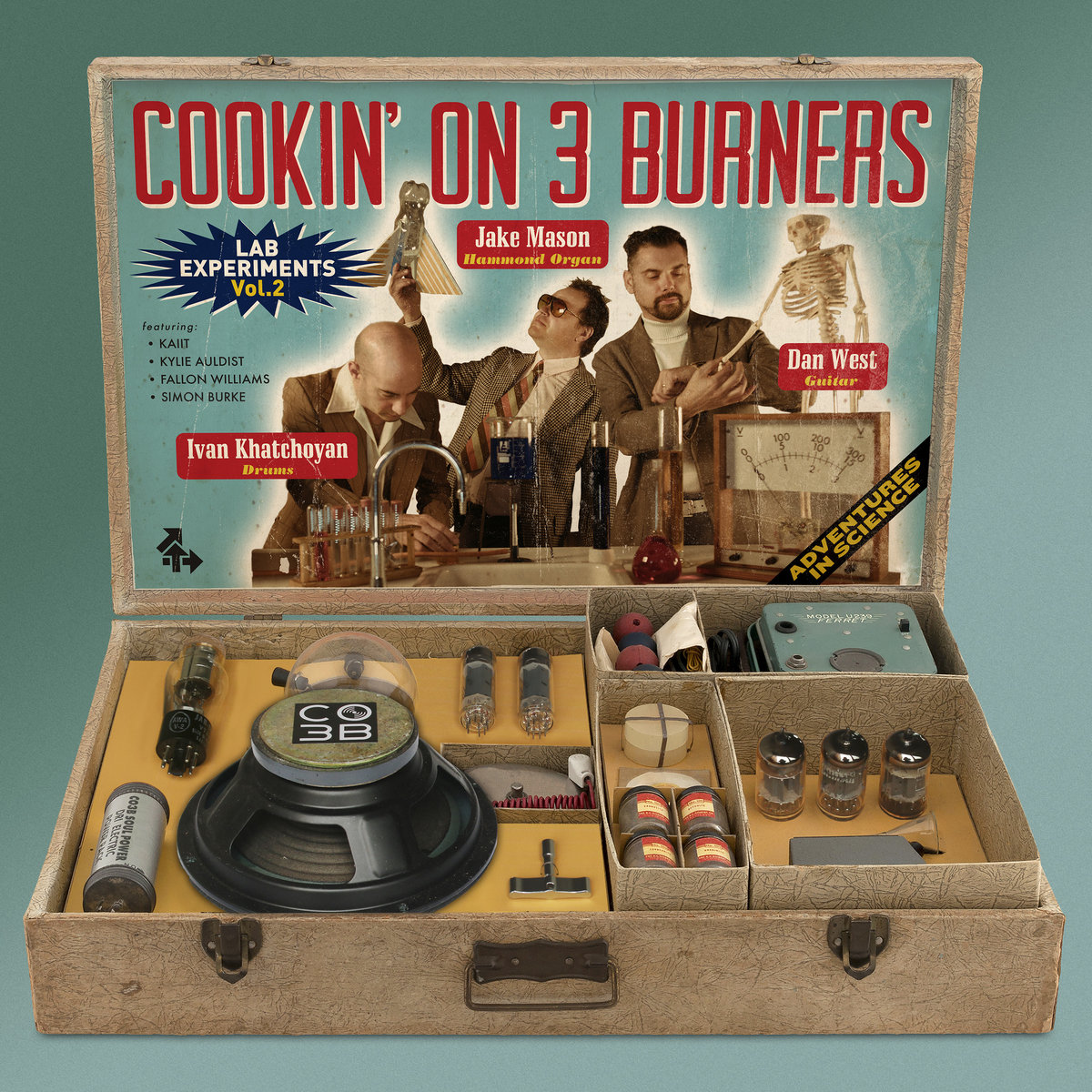 Aussie soul-jazz trio, Cookin’ On 3 Burners are possibly best known for their tune ‘This Girl’. The Kylie Auldist vocalized cut scaled quite a few soul charts around the world and last year Jake, Ivan and Dan consolidated their status with an interesting long player…. ‘Lab Experiments Vol 1’. The set was big on their signature 70s soul-jazz and funk vibe but they did entice Ms Auldist back to he mic for a sweet and lovely vocal ‘More Than a Mouthful’ while there was a distinct Northern soul flavour on ‘Sweet Talker’ – big vocal from Emmi. Stella Angelico.

Twelve months hence the Burners have managed to push out another set of Lab Experiments and the new, concise 8 tracker offers much the same menu as Volume 1…that’s to say , plenty of Hammond-led instrumentals, spiced with some tasty vocals.

No surprise to learn that Kylie Auldist gets to sing with the boys. Her input comes on the mid-tempo groove that is ‘One Of The Ones’ – steady and steadfast and perfectly fine… but might take a remix to get chart status.

Elsewhere, expect 21st century funk (best typified by ‘The Jump Off’) with light and shade added by the bluesy ‘Sunday Mumma’.