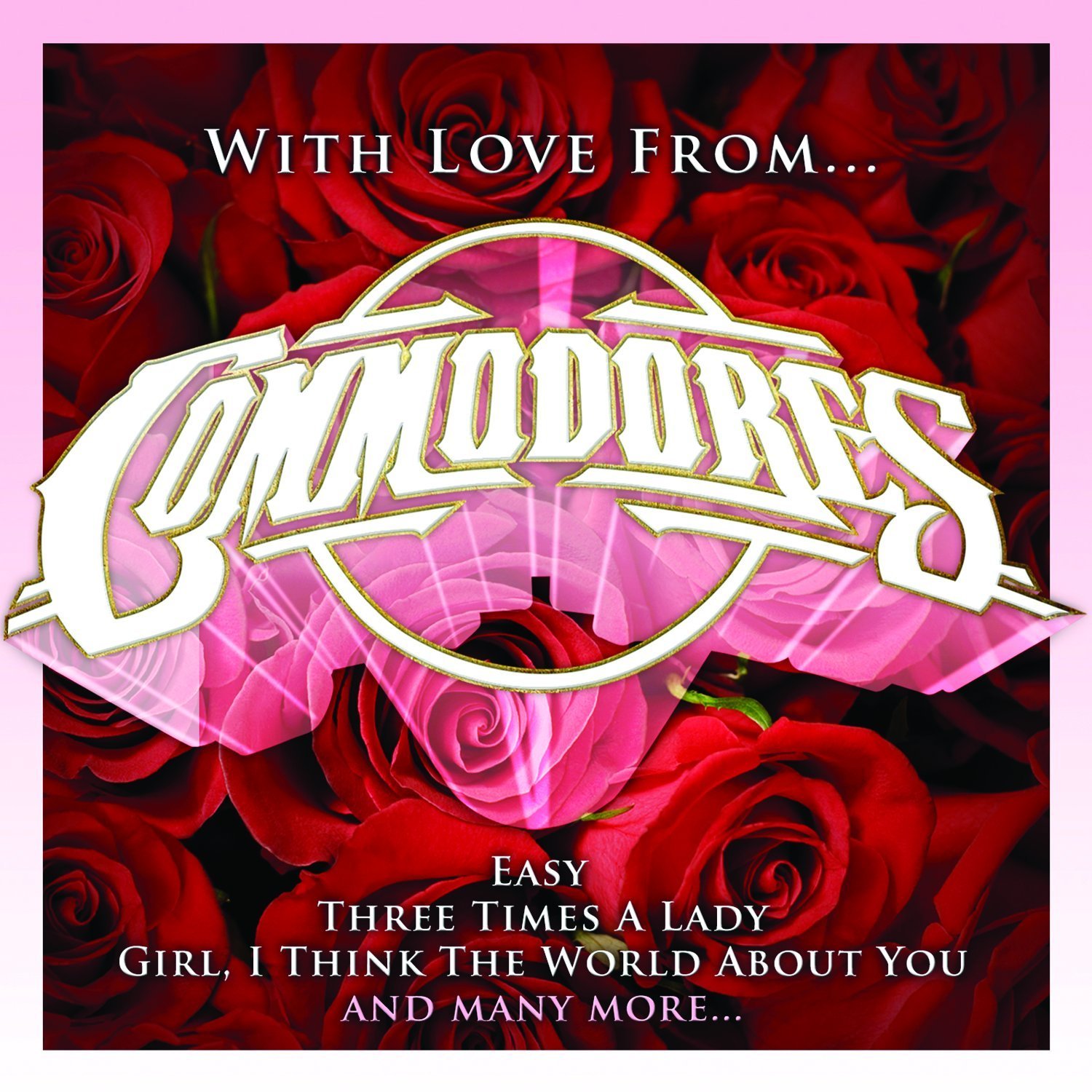 The Commodore’s evergreen pop-soul anthem ‘Easy’ – which to this writer’s ears is easily Lionel Richie’s best ever song – kicks off this 15-track collection that is released to coincide with Valentine’s Day. Whether it represents a case of good marketing or just cynical exploitation – depending on your perspective – what is certain is that this collection eloquently reaffirms that the Commodores were consummate masters of the reflective romantic soul ballad. It wasn’t always that way, of course, as the Tuskegee-based band started as a rough and tumble funk act in the late ’60s. But chiefly thanks to the songwriting prowess of one Lionel Richie, initially a saxophonist and a surprisingly reluctant vocalist in the group’s ranks, the Commodores evolved into sophisticated practitioners of both hardcore funk and romantic balladry at Motown in the ’70s. Compiled by SJF’s own Bill Buckley – who also pens the set’s authoritative liner notes – ‘With Love From…’ is a fine assemblage that blends incontrovertible classics – ‘Easy’ and the slushy ‘Three Times A Lady’ – with less familiar material from the group’s back catalogue. Representing the latter is the full album-length version of the superb but largely forgotten gem, ‘This Is Your Life’ (a key cut on the group’s ’75 LP, ‘Caught In The Act’) and the funk-infused ‘Girl, I Think The World About You.’ Most of the songs are from the Richie-era though the dreamy ‘Lay Back’ is a mellow groove ballad that was tucked away on the J.D. Nicholas-fronted ’85 album, ‘Nightshift,’ whose title track re-ignited the group’s career, which in the mid-’80s was perceptibly waning while Richie’s solo career was in the ascendant. It’s worth noting that the ‘love angle’ of this set also goes beyond romantic affection to accommodate celestial devotion in the shape of the Richie-penned gospel hymnal, ‘Jesus Is Love.’ Overall, then, this a sterling collection which should please long time devotees of the group as well as attract casual browsers looking for that all-important Valentine’s present.