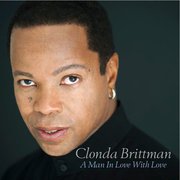 Chicago’s Clonda Brittman has already caused a few ripples on the modern soul scene with his single ‘Love Ain’t Supposed To Hurt’ and it’s easy to hear why. Despite the adjective “modern”, modern soulsters, you see, have a penchant for the past and Brittman’s song harked back to the golden age of Chicago soul. The song has a strong melody, tight beats, a bold, brassy arrangement and young Clonda sings with total commitment. There’s more of the same, here, on the source long player. ‘Creepin” is redolent of vintage Chicago too… quality uptown soul. ‘Steppin’ Out’ is another good cut that will have broader appeal. Yes, it’s aimed at the steppers but Clonda’s fierce vocal brings an intrigue to it that makes it a little different. The opener ‘By Your Side’ is a pleasing mid-tempo groove too while the album boast a couple of slowies that would grace any radio station’s late night Quiet Storm spot. Songs in question are ‘Floating In Heaven’ and ‘Take My Breath Away’.

Elsewhere ‘Crazy’ is looser and more syncopated and ‘I’m In Love’ is a loose, jazzy ramble. I wasn’t too sure about the closing ‘Talk To Me’. This one’s a fast poppy tune that’s out of kilter with the rest of the album. It doesn’t quite suit the singer’s fiercely aggressive vocal and really that’s this album’s sticking point. I’m not doubting that Clonda is a fine young soul singer. I’ve already said he sounds committed, convincing even. It’s just that it’s all a little too aggressive. His approach lacks some subtlety – but nevertheless ‘A Man In Love With Love’ is an interesting take on proper, modern soul. Find out more @ www.facebook.com/clondamusic