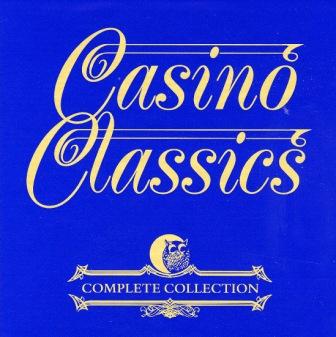 This second volume of Clarence Carter’s Fame singles kicks off with his biggest worldwide hit, ‘Patches’. Written by Ronald Dunbar and Norman Johnson and originally recorded as an album track by their group, the Chairmen of the Board, we’re told that at first Carter rejected the song. He thought the tale of abject, rural poverty was too racially stereotyped but producer, Rick Hall was convinced of the song’s worth and eventually persuaded his man to cut it. In terms of success, we know who was right. ‘Patches’, released on Atlantic via Fame’s licensing deal, became Clarence’s third US million seller and of course it went on to become a global smash. Following up such a successful and iconic record was always going to be difficult and Carter and Hall gave it their best shot but the 45s that followed ‘Patches’ became less and less successful and as the sales dried up Hall’s relationship with Atlantic soured. Now there was nothing wrong with releases like ‘It’s All In Your Mind’ and ‘Slipped Tripped And Fell In Love’ it was just that by the early 70s the soul record buying public’s tastes were shifting away from raw old school soul towards something a little more sophisticated and aspirational. Anyway, you can hear all those Atlantic singles – chronologically sequenced – in the first part of this 22 tracker. Southern soul fans will delight in every selection – especially some of the more down home recordings like ‘Till I Can’t Take It Anymore’ that found their way onto Carter’s B sides. Of note too is the singer’s final Atlantic single, the punchy ‘If You Can’t Beat ‘Em’ – a duet with his then wife, Candi Staton.

In 1972 Hall took Fame away from Atlantic and did a deal with United Artists for his distribution and it was that arrangement that handled four further Clarence Carter Fame singles. All those releases are included here, including two sides of a single that was never actually issued. Musically the formula on stuff like ‘Put On Your Shoes And Walk’ and ‘Back In Your Arms’ was essentially the same and chart action was moderate; even a remake of the New Orleans chestnut, ‘Mother In Law’ only managed R&B #24… decent, yes, but a tad disappointing for an erstwhile million seller who’d enjoyed a worldwide smash just a couple of years earlier.

In 1974 Clarence Carter moved to ABC Records, but his recording career just wouldn’t re-ignite. He was and indeed remains a top attraction on the live Southern soul circuit but for his essential music all you’ll need is this Kent set along with last year’s volume 1.