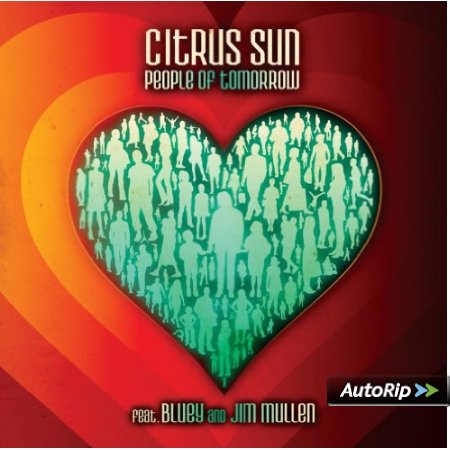 Bluey Maunick is one of the planet’s most prolific musicians. He’s crafted umpteen beautiful Incognito albums, produced dozens of albums for other artists, played on countless sessions and remixed numerous classics. Last year he also found the time to work on his own solo album – the acclaimed ‘Leap Of Faith’. Not one to sit on his laurels, he’s now resurrected another of his projects – the jazz ensemble, Citrus Sun. The eight piece first came together in 2000 so that Bluey could deliver an album on one of his heroes –the veteran guitarist, Jim Mullen and Mullen’s back for this latest Citrus Sun project. It’s Big Jim’s distinctive guitar sound that leads on some wonderful cuts here: the Wes Montgomery-ish ‘Mais Uma Vez (One More Time)’, the Latin shuffle of ‘Tonight We Dance’, the pacey ‘Cooking With Walter’ and the lovely, lazy ‘You’re So Far Away’. He’s there too on the energized ‘As Night Falls’ but lead is taken by Matt Cooper’s fluid piano and it’s his keyboards that give an ethereal quality to the set’s closer, ‘Micia’.

Given Bluey’s CV you’ll also hear shades of Incognito all over the place – notably on the aforementioned ‘Cooking With Walter (named for that fab, hypnotic TV series ‘Breaking Bad’) and via the occasional horn fill –as on ‘Mais Uma Vez’.

The album also boasts a few vocals. The big one, I guess, is a cover of ‘What’s Going On’. How do you add something new and different to something so well-known and so well-loved? Well, Bluey takes it easy and cooks up a lazy, languid guitar-led version with cool vocals (from Valerie Etienne) restricted to the repeated title lines. Bluey reveres Gaye and takes no liberties – ditto with his version of Terry Callier’s classic ‘What Colour Is Love’. Maunick and Callier worked a lot together and the Incognito man cites ‘What Colour Is Love’ as the soul troubadour’s finest song. So again, it’s treated with respect and Ms Etienne (remember her from Galliano and work with Jamiroquai?) quietly nails the vocal. The Latino-tinged, Donald Byrd title cut also features vocals- but limited to jazz scatting as counterpoint to Mullen’s cutting guitar.

So, our man Bluey’s done it again. With ‘People Of Tomorrow’ he’s created another quality album that’s the equal to any of his earlier classics – in whatever guise!