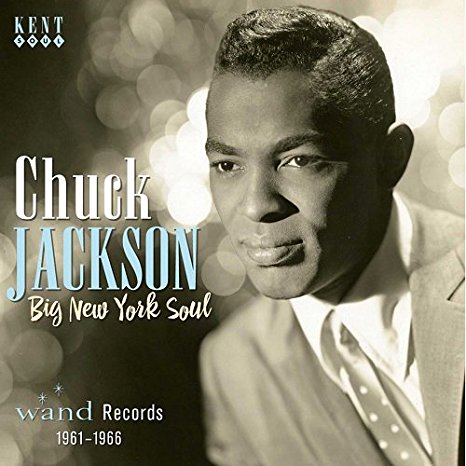 Little known in the mainstream, South Carolina born Chuck Jackson is revered by soul collectors and cognoscenti. Like many of his contemporaries, Jackson recorded for a number of labels, including Motown and All Platinum, but it’s his time at New York’s Wand label that those collectors and connoisseurs consider the high spot of his career. Between 1961 and 1967 Wand released 30 singles and 10 LPs on Chuck Jackson and with material from writers like Bacharach/David, Luther Dixon and Curtis Mayfield his work is considered by critics as the epitome of 60s uptown soul.

Chuck Jackson collectors have been well served by the reissue labels – notably Ace/Kent. The UK specialist has released a “best of” collection and reissued all his Wand albums as “twofers” and now they offer Jackson fans another collection that brings together a number of rarities alongside 8 previously unheard of tracks.

Highlights amongst those previously unheard cuts include the lively opener ‘Things Just Ain’t Right’, a cover of Curtis Mayfield’s ‘Need To Belong’ and ‘Anymore’ – a duet with then label mate Dionne Warwick.

Of the rest, well there’s so much 60s soul excellence here that it would be churlish to cherry pick – but let’s just highlight a few. First there the lovely ‘If I Didn’t Love You… the best song Bacharach and David never wrote! Clearly writers Mark Barkan and Pam Sawyer had been listening to ‘Any Day Now’ before penning this one. Soul veterans will recognize the song. It has been reissued before but here it’s in the original mono format. Then there’s ‘Big New York’ – the song for which this album is titled. Written and produced by Ed Townsend, it sums up in so many ways what 60s big city, uptown soul was all about and Chuck’s performance underlines why he is considered the best interpreter of that sound.