CHRIS JASPER; For the Love Of You (Gold City Music) 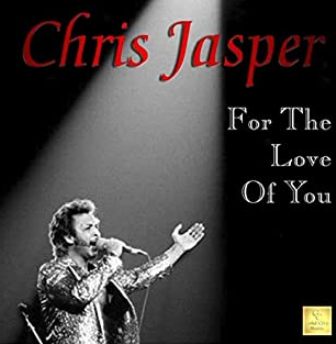 CHRIS JASPER will rightly always be associated with the Isley Brothers at the height of their popularity.  Remember though that Chris has also enjoyed huge success with Isley-Jasper-Isley and all right minded soul fans will know the classically trained Jasper has, since the demise of that trio, enjoyed plenty of success out on his own. And why not? His keyboard skills are peerless, he possesses a unique and distinctive soul voice and he writes, produces and arranges – so, a kind of one man operation – CJ can do almost everything on his own. And that’s what he’s been doing for quite some time with his own Gold City Music label- a real family affair with family members pitching in with the business and promotion side.

Gold City are all set to issue Chris’s latest long player –a concise 8 tracker named for one of the man’s best loved songs…’For The Love Of You’. Though credits might suggest differently, Chris authored the classic ballad which first appeared on the Isleys’ ‘The Heat Is On’ LP. Chris re-recorded it last year as a wedding song for his son Michael’s nuptials and so many people liked it that Chris decided to work on more covers for an album… this very one!

There are a couple more old Isley songs on this collection including a sweet version of ‘I Once Had Your Love’ but the album also allows Chris to pay honour to some of his heroes and influences – none more heroic than Sam Cooke. Here you can enjoy a fresh version of Sam’s ‘Nothing Can Change This Love’. Also to enjoy is a cover of Marvin Gaye’s ‘God Is Love’. Gaye is another favourite of Jasper’s as too… now, at least, is Van Morrison. On this album Chris treats us to his stylish version of one of Morrison’s best ballads, ‘Have I Told You Lately’.  Chris freely admits that he came across the beautiful song via Rod Stewart’s version, though, from the affection, he lavishes on the song here,  I’m guessing Chris will be checking more of the Morrison back catalogue.

The album’s other songs are ‘Go For What You Know’ ‘You Are So Beautiful’ and ‘I Don’t Want To Miss A Thing’;  those last two, if my memory serves me correctly, have appeared on previous CJ long players. Not that that matters. They perfectly suit the mood of this collection and, you know, Chris’s sound is so familiar that listening to the whole album, it’s like having an old friend drop by. In these troubled times that’s no bad thing!

You can find out more about this album by checking out our Chris Jasper interview (go to the interview archive). In the meantime ‘For The Love of You’ wins full release on June 1st, though to tie in with this weekend’s US Memorial Day, the album will be available for pre-sale at Amazon and Gold City.