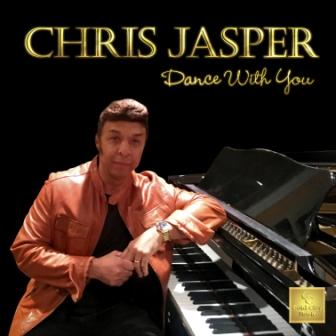 Since the implosion of the Isley Brothers and off shoot, Isley-Jasper-Isley, the genial Chris Jasper has forged a successful solo career. Experienced and savvy enough about the machinations of the business, he runs his own label and, free from the pressures of the board room and it bean-counting mentality, Chris makes the music he loves…grown up soul music. He cares little for gimmicks and the vagaries of whatever is the current fly-by-night flavour and he also knows that there is a sizeable community out there who want, musically, what he offers. OK, that community might not run into millions and millions, but they appreciate and revere what Mr J serves up and for his part Chris is always happy to oblige. It’s a win/win situation and there are winners all round as Chris releases a brand new long player – the ten tracker that is ‘Dance With Me’.

Long standing Jasper fans will already be familiar with four of the album’s cuts. First there’s the two sides of a recent single – ‘The Love That You Give’ c/w ‘Its A Miracle’. The former is a sensuous, R&B ballad (one of several on the album) while the latter is a crisp, mid-tempo beater with a gospel message. You see, Chris recorded ‘It’s A Miracle’ for the burgeoning US Gospel market – but, hey, if you’re a non-believer, don’t let that put you off – it’s a great contemporary soul groove. And speaking of modern soul beaters, the two other tunes on ‘Dance With Me’ that will be familiar are ‘I Love You’ and ‘That’s What Love Can Do’. Both featured on Chris’ last album – ‘Share With Me’ and they were both issued (later) in Boogie Back remixes… and it’s those BB mixes that are included here…. both classic examples of the modern soul groove!

The other track that will please the dancers (the more sedate!) is the lovely ‘Sweet Margie’ – the easy-going steppers tune is homage to Mrs Jasper and it has a chorus hook to die for. Elsewhere, ‘Make Your Move’ is a crisp, snappy, bassy, Isley type funk workout but if ballads are your thing, there are plenty to please. We’ve already mentioned ‘The Love That You Give’ but then there’s ‘I Don’t Want To Miss A Thing’ and the album’s title cut.

That leaves a lovely mid-tempo ‘Show Somebody Love’ and the intriguing ‘Happy Birthday Love’… deceptively simple, there a bit of old school doo-wop about it… short (just under two minutes) but very sweet and a highlight amongst many!