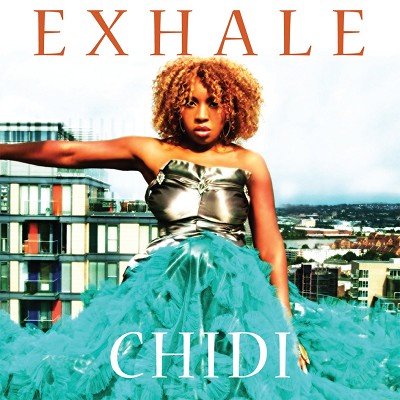 Chidi is a UK-based singer/songwriter whose roots are in the Church. From a young age she was part of various gospel choirs before going on to work with the likes of Fred Hammond and Kirk Franklin. From there it was one short step to session and backing vocal work. That part of Chidi’s CV includes dates with people like James Brown, Prince and Stevie Wonder while right now she’s the mainstay of Gloria Gaynor’s back line and a featured vocalist on the new Cool Million LP. She made her solo recording debut in 2009 with the album ‘Unrehearsed’ and now follows that with this excellent 15 tracker.

‘Exhale’ is led off by the single ‘I Want Love’ – a gritty, organic modern soul beater which is already winning air space on the taste making soul stations. It’s easy to hear why. It’s right on the modern soul vibe but thankfully it lacks the sterility that plagues much that defines that shade of soul. There’s a feisty robustness about the track that’s repeated throughout the LP. ‘Girl-Friend’, ‘I Love It When We Talk’ and ‘Guilty Pleasures’ offer more of the same while ‘Heart Is Beating’ has a tad more sophistication about it and will delight the more sedate denizens of the modern soul room. For contrast, ‘Someone’ is jazzy and loose-legged, ‘My Love Thang’ is busy and brassy in an Incognito way, ‘Ready To Exhale’ is genuinely pacey while the Caribbean shadings of ‘Holding My Breath’ allow the singer to proudly proclaim her heritage.

Ballad-wise the big ‘un is ‘Heavy’ –a smouldering duet with Elisha Laverne, though it’s run close by the hushed ‘Diamond In the Sun’ and the sensual ‘If You Need Someone’. In truth there’s nothing not to like about this album. It comes highly recommended and you can find out much more by dropping in to www.chidisings.co.uk where I’d suggest you sample the lovely ‘Lay Your Head’. Not quite a ballad, not quite a beater, it’ll give you the flavour of what is a lovely little album and, I guarantee, it will get you to investigate further.