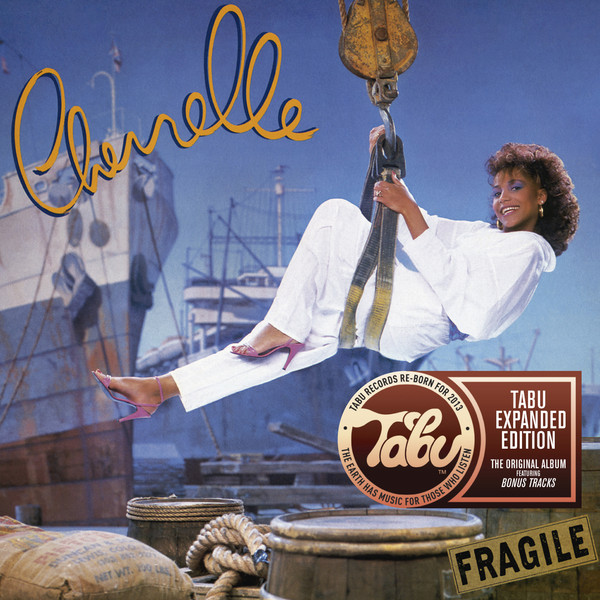 The Tabu reissue programme continues with ‘Fragile’ – the debut set from Cherrelle. Born Cheryl Anne Week Norton in Los Angeles in 1958, the singer joined Tabu after working with Norman Connors, Michael Henderson and Luther Vandross. Label boss Clarence Avant assigned her to hot shots Jam and Lewis and in 1984 the team debuted with ‘Fragile’.

The album’s lead track, ‘I Didn’t Mean To Turn You On’ gave her her first R&B top 10 single and it still sounds good – a classic, crunchy mid 80s sound bite! Readers with long memories might remember the accompanying video –a King Kong pastiche with  Cherrelle as the big’ un’s love interest. Interestingly, the song became a hit again the following year when Robert Palmer covered it; then, it was covered by Mariah Carey in 2001 for her ‘Glitter’ album. Apparently she was so impressed with the original that she used the same Jam/Lewis backing track! The other singles from the set – ‘Fragile’ and ‘Like I Will’  – didn’t fare as well. In retrospect you can hear why. They’re too similar to the breakthrough… just more repetitive and less catchy.

Elsewhere ‘I Will Wait For You’ and ‘I Need You Now’ are decent ballads explaining why an artist as discerning as Luther Vandross employed her. Cherrelle, of course, went on to bigger things with the follow-up album ‘High Profile’ which spawned the massive and still excellent ‘Saturday Love’… possibly that’s due for reissue too. In the meantime, here 80s fans can relive their fond memories and indulge them further thanks to the bonus cuts – remixes of the key songs.