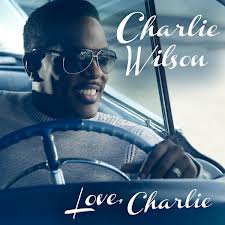 Charlie Wilson is nothing if not a survivor. “Uncle” Charlie has battled and beaten prostate cancer, he’s overcome a massive drug problem and, professionally, he’s gotten through the ultra-messy demise of the Gap Band and gone on to forge a solo career as the elder statesman of modern soul.

‘Love, Charlie’ is our man’s sixth solo set and it marks something of a change of direction for him. Where his early solo efforts saw him trying (sometimes successfully) to muscle in on the contemporary R&B scene and sharing tracks with various hip-hop “names”, here he assumes the mantle of the mature, modern soul man… and he does it rather well, en route crafting what will become one of the year’s biggest soul anthems. Track in question is the sublime ‘I Still Have You’. Taken at a stately mid-tempo pace built on tight beats, it boasts a delicious melody stuffed with luscious hooks that allow Uncle C to prove that he’s still a great singer. The tune is already a huge underground success – watch it get bigger. By a long way it’s the LP’s best track but ‘Love, Charlie’ is no one trick pony.

‘My Baby’ is another potential dance floor filler but it’s on the slower items that Charlie excels. Things like ‘My Love Is All I Have’, ‘Our Anniversary’ and ‘Say’ are all great quiet storm moments… clichéd yes (“two tickets for paradise” anybody?) but they still work contextually. On ‘I Think I’m In Love’ Charlie betrays his country roots (he hails from Oklahoma) while the only guest on this set is Keith Sweat who features on the closing cut ‘Whisper’ and, as you’ve probably guessed, it’s the most R&B flavoured of the 12 sides.

Go back now to the opening track – ‘If I Believe’ – and you have the clue to Charlie’s survival and his ability to still make great music. Quite simply, he believes; believes in the Almighty (“God continued to love me, when I didn’t love myself” he writes) and believes in his longstanding wife. Together they make up “Team Charlie”… and here the team delivers in style!