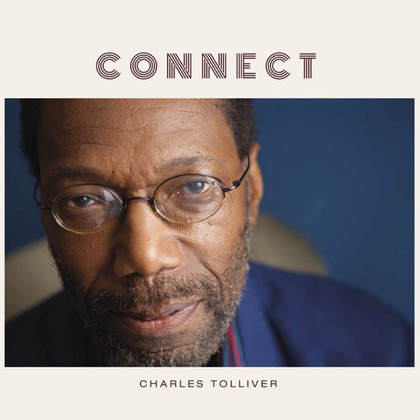 Born in Florida and raised in New York, veteran trumpeter Charles Tolliver has played with some of the greatest names in jazz. In the 1960s, he appeared on significant Blue Note albums by saxophonist Jackie McLean (‘It’s Time!’) and pianist Horace Silver (‘Serenade To A Soul Sister’) and also recorded with drummer Max Roach, vibraphonist Roy Ayers and alto saxophonist Gary Bartz. He also made his first recordings as a leader at the end of that decade but in the 1970s, he began his own label, Strata-East, which he co-founded with pianist, Stanley Cowell. The company ran from 1971 to 1977  and among its releases were notable albums by Pharoah Sanders, Gil Scott-Heron, Clifford Jordan, and Shirley Scott. Since the 1980s, Tolliver’s own projects have been sporadic but now, at the age of 78, the hornblower (who was Grammy-nominated in 2008 for his Blue Note LP, ‘With Love’) is back with a new album; his first since 2009, which was recorded in London last year for the highly-respected UK jazz label, Gearbox.

‘Connect’ consists of four long original tracks and finds their composer, Tolliver, supported by some notable fellow veterans; bassist Buster Williams and drummer, Lenny White, who both boast myriad credits as sidemen to greats like Herbie Hancock and Miles Davis, as well as making recordings under their own names. They are joined by alto saxophonist Jesse Davis – who some might recall from his work with the late Roy Hargrove – and pianist Keith Brown. The quintet is augmented on two tracks by the young British tenor saxophone star, Binker Golding.

The album’s opener, ‘Blue Soul,’ is an edgy number that begins with an intro consisting of throbbing bass and pounding drums before Tolliver and Davis play sweetly harmonised horn motifs over the top. Brown takes the first solo, contributing glistening piano lines before Davis weighs in with a meaty passage of alto sax improv. Tolliver follows, with a compelling blend of muscularity and lyricism.

The mood changes with the more ruminative ‘Emperor March’; a supremely elegant tune with Latin inflections where the horns blend gracefully. First soloist Binker Golding’s tenor sax adds an extra dimension to the texture of what is an eminently ear-catching piece.

By contrast, ‘Copasetic’ is a sprightly swinger distinguished by Tolliver’s mercurial horn lines and Williams’ walking bass line. The bassist also comes under the spotlight as an eloquent soloist at the beginning of the closing song, ‘Suspicion,’ which eventually morphs into a pulsating and urgent modal style groove. Golding’s tenor joins Tolliver and Davis’s horns in playing a series of alternately jagged and snaking harmonised motifs over a swirling and tremendously exciting Latin-style groove.

‘Connect’ shows that at 78, Charles Tolliver still has much to say musically; his compositions are engaging and his trumpet playing is as vibrant and commanding as it ever was. Let’s hope this excellent album marks the beginning of an exciting late-career renaissance.