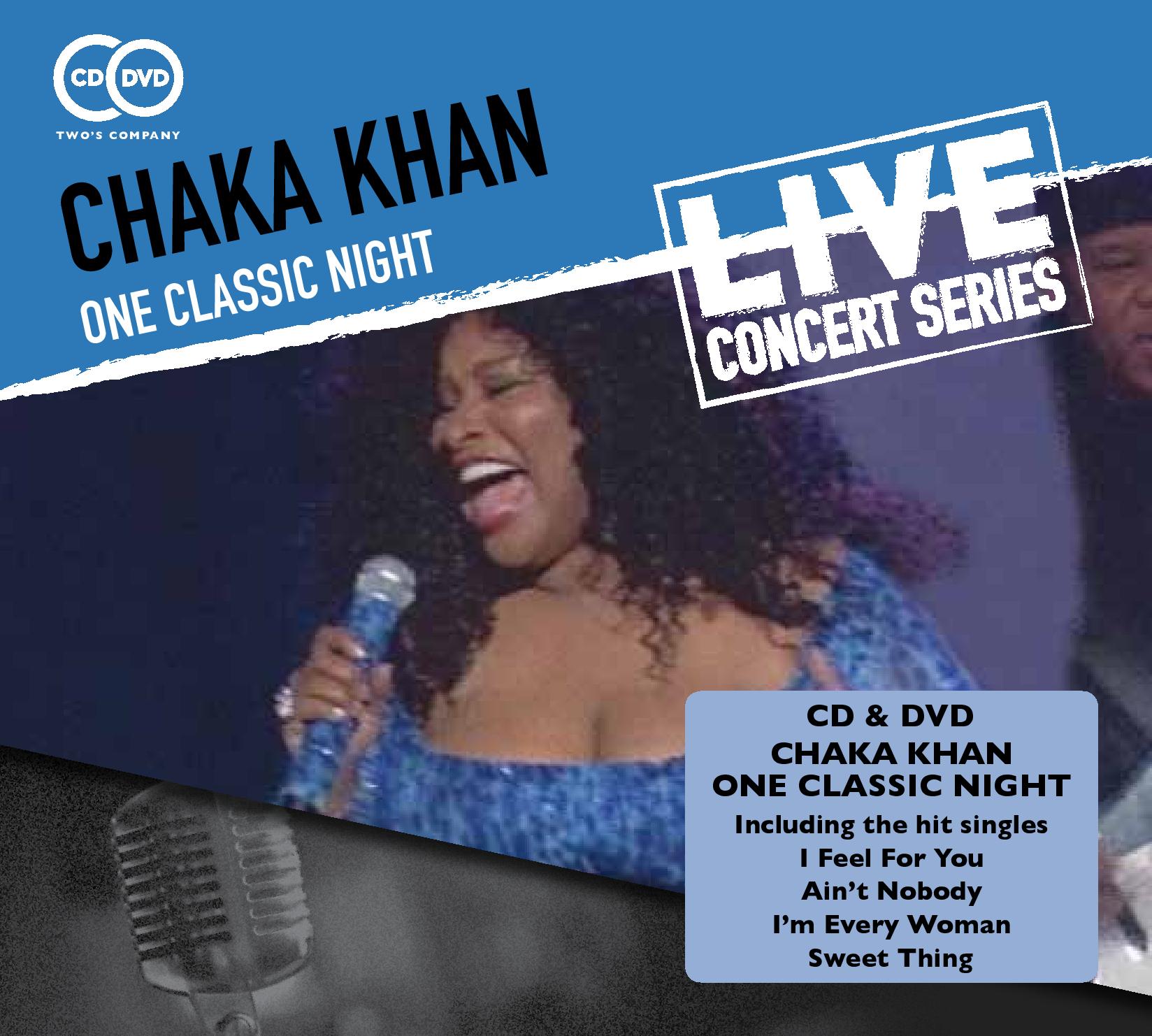 If you missed Chaka Khan’s performance at the UK’s Love Supreme festival as well as her three nights in a more intimate setting at Ronnie Scott’s jazz club in London a couple of months ago, then this new combined DVD/CD set should offer some consolation. In fact, Chaka’s current set list is almost identical to the one presented on this DVD, when she was captured live at the Malibu Arts Center in California in 2007. Vocally, the diva is in great form here  – visually, she’s pretty arresting too, with big hair, even bigger cleavage and looking resplendently ‘buxotic’ in a revealing, glittery blue frock – and is backed by a better and bigger band than the one she used in the UK recently. The 80-minute gig is bookended by her two biggest hits, ‘I Feel For You,’ and ‘I’m Every Woman,’ and in between she includes several of the classic cuts that she recorded when fronting the R&B band, Rufus, in the ’70s and early ’80s. The anthem-like ‘Ain’t Nobody’ is the band’s most familiar tune in the ears of the hoi polloi, of course, and it’s given a souped-up, highly energised retread here. The band’s earlier, ’70s US hits are also given a good workout – uptempo tunes like ‘You Got The Love,’ and ‘Once You Get Started’ raise the temperature (and the roof) while the mid-tempo jams ‘Everlasting Love,’ ‘Hollywood,’ ‘Packed My Bags,’ and ‘Stay’ cool things down. Drawing on Rufus’s back catalogue more than her own solo one, she also offers a sublimely gorgeous version of the band’s ‘Sweet Thing,’ as well as a feisty take on the sing-along ‘Tell Me Something Good.’ A change of costume for Chaka halfway through the gig results in an extended groove-jam that showcases individual members of the band, especially the effusive and talented Donald Hayes on alto saxophone. When Chaka re-emerges in a subtler black number, the track morphs into a imaginative and sensuous reading of the jazz standard ‘My Funny Valentine,’ which the singer also performed at Ronnie Scott’s. She also delivers a superb, combustible iteration of her mid-’80s hit ballad, ‘Through The Fire,’ highlighting the vocal athleticism and pyrotechnics that have become her trademark. As well as a DVD, this package also presents the concert in a handy CD format for those wishing to dispense with the visuals and just focus on what really counts – the music.