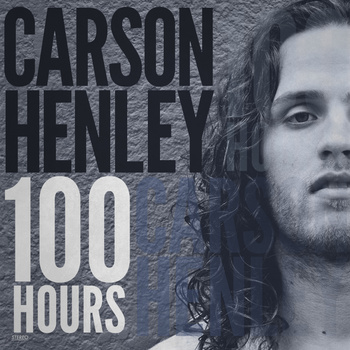 Carson Henley hails from Seattle where he’s part of a big musical family. His mother was a professional musician and his sister – Tess – has already made a name for herself with a couple of subtle, understated soul and smooth jazz sets (check ’em out in our reviews archive). Though it has its own subtlety, Carson’s music is much more direct than his sister’s. It’s not quite in your face but it has a rock element quite missing from Tess’s work. Asked to describe it I’d put it in the same bag as Hall and Oates and Robin Thicke though in places I can also hear the influence of bands like The Eagles while the opening cut, ‘Ain’t Gonna Dry Yours Tears’ seems to borrow heavily from Ace’s pop classic ‘How Long’. Fans of that kind of pop will love tracks here like the bright ‘Give It Up’, the catchy ‘Fire’ and the rolling ‘Where We Started’.

Soul fans will be more impressed by the set’s only ballad – the dramatic ‘Leave This Mess’. It’s a well-constructed song with a simple, stark production that underlines the tune’s inherent bleakness. It’s easily the best track amongst the 7 offerings; that paucity gives the set all the feel of a sampler … and if you want to sample some of it go to www.carsonhenley.com