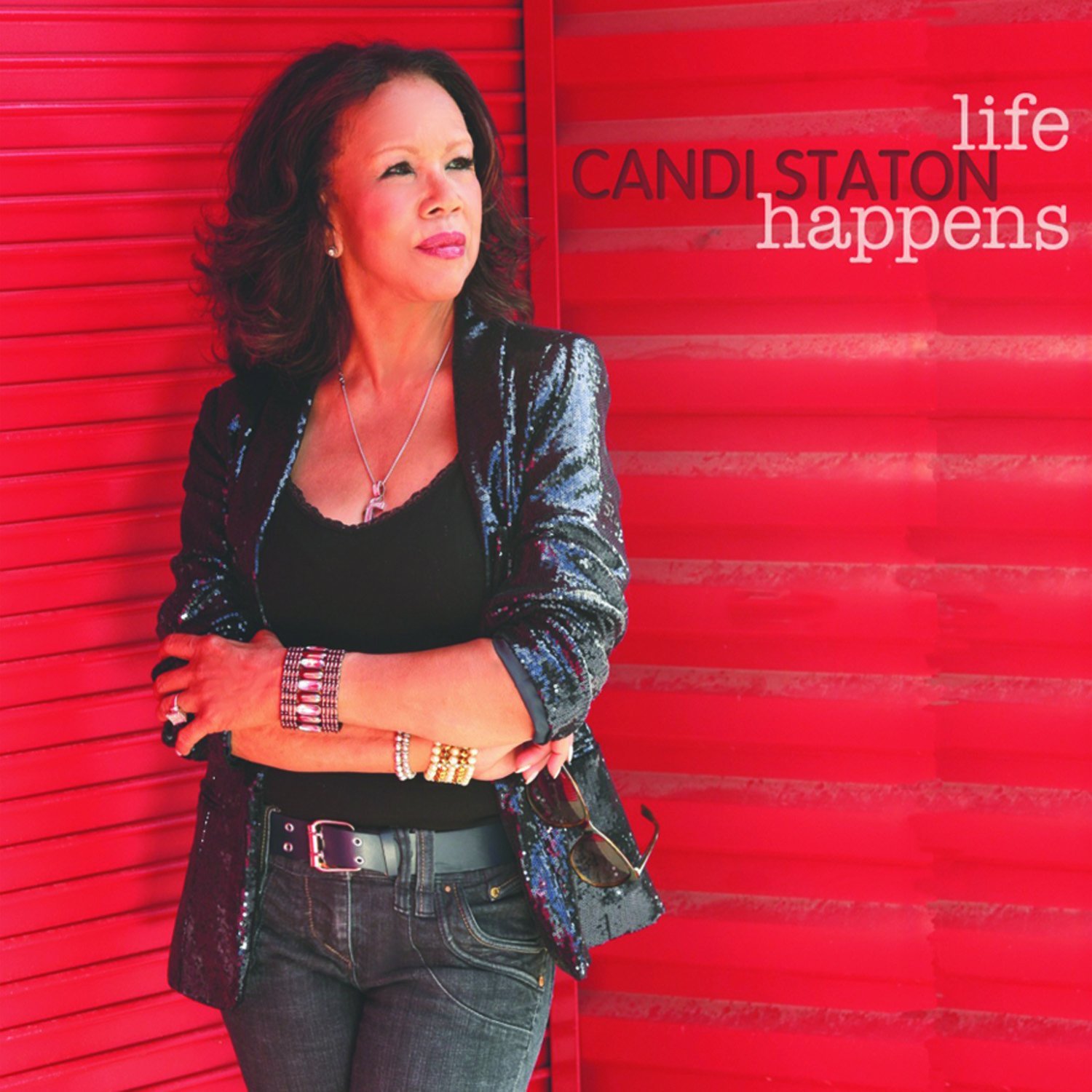 Candi Staton’s been making records since she was a teenager in the 1950s – when she sang as part of the Jewell Gospel Trio – and now, at seventy-four years of age, she’s still going strong both on stage and in the studio. ‘Life Happens’ is the 29th long player of her career and proves to be a tremendous listening experience that confirms that age is just a number. Staton’s voice has always been hoarse and husky and now, in her so-called ‘twilight years’ it has a deeper, earthier resonance to it. It’s the voice of someone who has truly lived – who has tasted both good times and bad times and even fallen into the pit of despair. But as even her earliest solo records in the late ’60s demonstrated, Staton (her name is pronounced ‘Stay-ton’ by the way) despite showing great vulnerability was also a fighter and a survivor. She sang songs about bruised love and sundered hearts and through her own experiences as an abused and wronged woman made them feel real and honest. So when it comes to expressing the vicissitudes of the human condition, Staton has no peer in soul music. Even Aretha, Gladys and Mavis can’t communicate the feeling that Staton has expressed on her best records.

‘Life Happens’ is another accomplished secular release in the life and career of Candi Staton whose rebirth as a soul singer began in 2006 with ‘His Hands’ and was consolidated by 2009’s ‘Who’s Hurting Now.’ What makes this album extra-special is that Staton has reunited on three tracks with producer, Rick Hall, who masterminded her late ’60s and early ’70s releases on his own FAME label. He helms the opener, ‘I Ain’t Easy To Love,’ a deep-fried slice of southern soul balladry with country overtones which features US singers John Paul White and Jason Isbell. The driving ‘Commitment’ – an old school anthem to fidelity – is another Hall production, as is the poignant ballad, ‘Never Ever Had The Chance,’ a bittersweet ode to lost chances. The lion’s share of production is handled by Staton’s son, drummer Marcus Williams, who dispels any notions of nepotism by doing a fine job, especially on ‘Beware, She’s After Your Man,’ a tight funk groove laced with dancing horn lines, and the similarly funkafied, ‘Treat Me Like A Secret.’ There are fine contributions, too, from the UK’s own Ernie McKone, who sits in the producer’s chair for two cuts.

Despite having three producers, ‘Life Happens’ is a cohesive and coherent piece of work, affirming that Candi Staton is unequivocally the queen of broken-hearted soul. Long may she reign.

Look out for SJF’s interview with Candi coming soon.