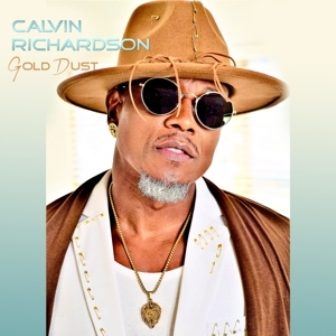 Southern soul man Calvin Richardson is the real soul fan’s soul man. Raised in North Carolina, he was brought up in true soul tradition. His mother was a pro gospel singer and young Calvin was part of her Wondering Souls ensemble. She wasn’t, though, the stereotypical gospel matriarch who shunned the devil’s music. Rather, she encouraged her son to listen and enjoy secular music too; so Calvin immersed himself in the music of people like Otis Redding, Donny Hathaway and, especially Sam Cooke and Bobby Womack. Indeed as Calvin built his career with albums like ‘Country Boy’ and ‘2.35 PM’ many soul commentators suggested that the man that they now dubbed “the Soul Price” was evolving the legacy of Womack, just as Bobby had done with Sam’s. True soul fans connected too; however, they were dismayed when, last year, they learned that Calvin had lost his voice after stretching it too far with a hectic live touring schedule.

Their dismay was dispelled earlier this year when Mr R released a new single – the gentle, mid-tempo soul groove – ‘Let Me Love On You.”. The man was back… and better news, we learned that the single was the herald to a new LP… and today, that album, ‘Gold Dust’, wins official release. More good news? Well, the concise ten tracker sees Calvin back at his best, despite his voice problems. Indeed the lay off and the pressure to get back on track seems to have encouraged a sharper musical focus. He says: “When I signed the deal for the recording I gave myself a six-week window to complete it. After my hit single “Can’t Let Go,” I definitely started off feeling the pressure. You know they say pressure burst pipes and I thought if this pipe bursts, it would be filled with Gold-Dust!”

Album highlights? Well, there are plenty. Right now I keep coming back to the lovely old school duet ‘Do You Wrong’. It’s a happy—go-lucky thing, very much in the manner of Sam Cooke and while we’re making comparisons and talking about influences, ‘Beautiful Woman’ could’ve come straight out of the Bobby Womack songbook. Why, it even features a gritty Womack-style monologue – in sound and message à la “everyone wants to win but nobody wants to lose”. Elsewhere, do you know any song, in any genre, called ‘Macaroni And Cheese’. Well, that’s the title that concludes ‘Gold Dust’ and it’s a great little ending… “he’ll be the macaroni if she’ll be the cheese”. So, not quite a recipe; rather, Calvin describes it (and the album as a whole) as an auditory manual for love. There you go – Gold Dust indeed!