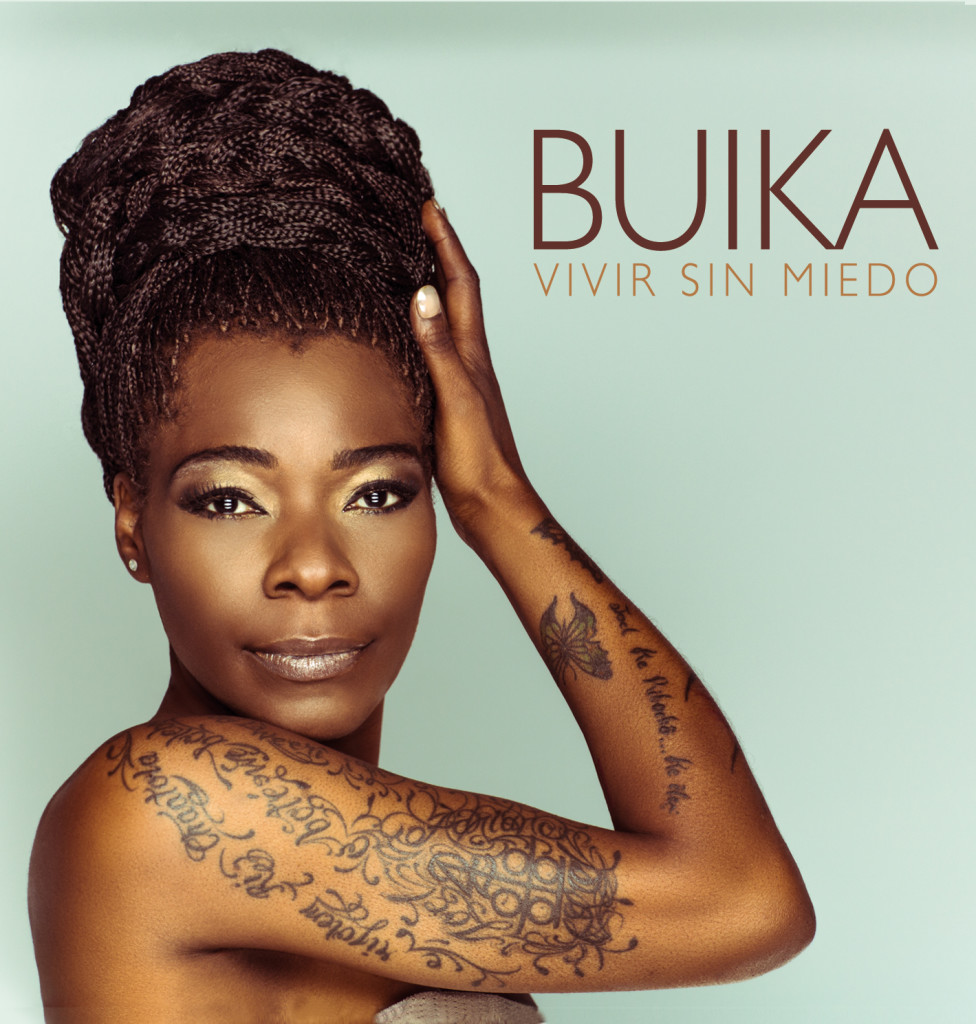 She was baptised Maria Concepción Balboa Buika but is better known by her simpler stage name, Buika. Born in Mallorca, Spain, with African roots – her father was a certain Juan Balboa Boneke, a politician and writer in Equatorial Guinea – Buika inhabits an allusive style that marries Flamenco with jazz, soul, reggae and African music and in 2010 she triumphed at the Latin Grammy awards, picking up a trophy for Best Traditional Tropical Album. She’s also worked with artists as diverse as Seal and Chick Corea and has appeared on the soundtracks to several movies, including Spanish director Pedro Almodóvar’s The Skin I Live In (which she also made an appearance in). This latest opus is her eighth long player of a recording career that began eleven years ago with a self-titled album on Atlantic. What distinguishes this one is the fact that it’s the first of the 42-year-old chanteuse’s albums to feature her original compositions in both English and Spanish.

Seeking to take the singer’s music to a wider audience, ‘Vivir Sin Miedo’ – which was recorded in Miami, where Buika now resides – includes a duet with US singer/songwriter Jason Mraz and bass contributions from Meshell Ndegeocello. Mraz and Buika combine their contrasting voices splendidly on the haunting, insistent ‘Carry Your Own Weight,’ which is already earning the album valuable airplay. The song ‘Cicado Do Amor’ – a mid-tempo track combining English and Spanish lyrics and boasting a big, anthemic chorus (“the big city is a jungle of love’) – is arguably better, driven by a sultry reggae feel. There are also Caribbean inflections on ‘Yo Ire’ while ‘The Key (Misery)’ is the set’s most dramatic song, crescendoing to a effusive vocal climax. Other highlights include the title track, the jaunty ‘Good Men,’ and the vibrant ‘Mucho Dinero.’ Sonically, ‘Vivir Sin Medo’ represents a collision of disparate styles all blended into a piquant polyglot stew whose unifying ingredient is Buika’s infectious energy and passion.