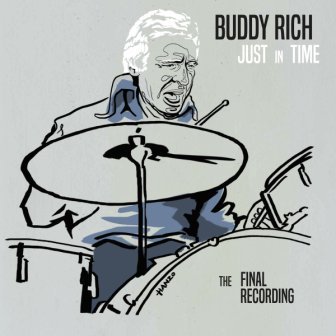 Powerhouse jazz drummer Buddy Rich is a true music icon – evolving a style and sound that had huge influence not just on his jazz confreres but on drummers from other genres like John Bonham and Phil Collins. Born in Brooklyn, New York in 1917 to a show business family, Rich began drumming at only 18 months old and by 1921 was known as “Traps, the Drum Wonder” whilst performing with his parents’ vaudeville act. His performance routine soon took on tap dancing, singing and comedy, and he became the second highest paid child performer of the mid-1920s. From there he went onto play with people like Artie Shaw, Tommy Dorsey, Frank Sinatra, Charlie Parker, Lester Young, and Art Tatum. In 1966, Buddy put together his own successful big band, which, over the years, featured mainly young, unknown players. Interestingly, maybe it was the youth element, the Buddy Rich Band’s repertoire featured plenty of jazz interpretations of pop and rock tunes and the ensemble was soon winning a new audience of jazz fans with band albums winning wide acclaim and decent sales.

With Rich’s music enjoying a recent renaissance, Gearbox Records have just issued this fine, live album… ‘Just In Time’. The 13 tracker is the drummer’s last ever album and it was recorded live in 1986 at Ronnie Scott’s Club, London and amongst the players are Cathy Rich, Matt Harris (piano) and, Rob Amster (bass) alongside a mighty 12 piece brass section.

With such a powerful line up and the Buddy Rich name on the marquee, you know what to expect… big, brassy, brash treatments of the familiar and the not so familiar- all driven frantically onwards by Rich. Amongst the highlights is ‘Harco Shuffle’ – a tune that harks back to Buddy’s days in burlesque and vaudeville while on ‘Ready Mix’ and the LP title track Matt Harris’ piano is particularly sweet. Cathy Rich -the drummer’s daughter, by the way, takes vocals on a version on Lambert, Hendricks and Ross’ ‘Twisted’. That track concludes the album which opens an hour or so earlier with Ronnie Scott introducing Rich as “the world’s greatest drummer”…. on the evidence of this, you wouldn’t argue!