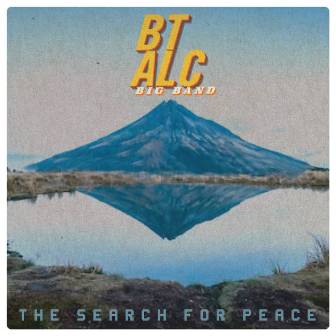 The Bt ALC Big Band is a BIG band. Formed in 2011 by trombonist Brian Thomas and trumpeter Alex Lee-Clark, the current line up features three horns sections – fives saxes, four trumpets and four trombonists! In total the band numbers 19 players and the creators mission statement was all about dynamically re-presenting the big band sounds of the 60s and early 70s while also educating music students in how they can create their own, fresh, relevant big band sounds. You see Thomas and Lee-Clark believe there’s little point in merely offering “tributes” to the past by working on familiar standards and their classic arrangements; rather, they want to use the big band format to create a new, accessible and culturally relevant music.

Recorded “live”, using an omni-directional microphone in front of the horn sections, BT ALC have three albums under their belt … 2013’s ‘Superhero Dance Party’ and 2016’s two volumes of ‘The Herd Sessions’ and commentators noted that on ’em their sound merged the sound of Basie and Ellington with the feel of Clinton (George, that is) and JB! “Big Band Funk” is how one eminent critic described it!

Enjoy more of the same (or simply introduce yourself to it) via their latest 7 tracker which offers the aforementioned flavours but also adds a garnish of Afrobeat and the magic of the Caribbean. Hear all that to best effect on what is essentially the album opener, ‘Dance’. It comes right after a brief intro that is mostly traditional big band; ‘Dance’ is not “traditional”…. big, brash and percussive, it weighs in at five and a half minutes and manages to get almost everything into the music mix. ‘Tune For Lou’ is another good ‘un…. shades of soul-jazz and 60s movies (think ‘The Odd Couple’ or ‘Charade’) but in its six minutes plus it manages to push way behind those confines. And that evolutionary sound is there across all 7 tracks – using a traditional chassis, the BT ALC Big Band customize things in their own special way.