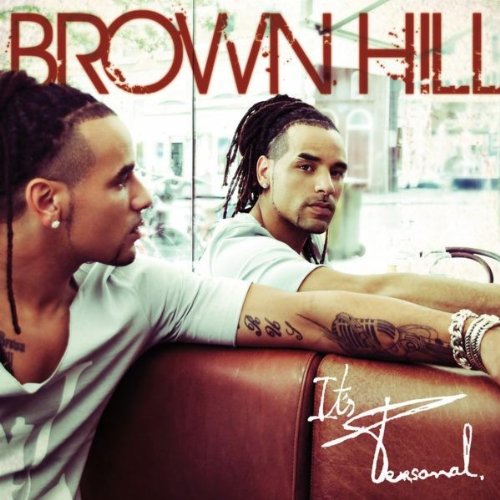 Brown Hill is a young Dutch-based soul singer with a penchant for reggae – evidenced by the standout track on ‘It’s Personal’ – his second solo set. Said track is a cover of Bob Marley’s ‘Waiting In Vain’. Always a great song, Brown Hill’s version slows it right down and limits the accompaniment to simple piano. Like all good covers he does it his own way and it works. The album boasts one more reggae tune – the self-explanatory ‘Reggae Drop’. Soul fans will find little to connect with on this one but broad minded soulsters will find stuff to like elsewhere.

I say “broadminded” ‘cos though tunes like ‘Feel Like Dancin” (great bass line on this one, by the way) and ‘You Wanna Ride’ are great, tight modern soul outings they feature rap interludes from Dutch rappper, Shockwave. Modern soul fans, sadly, are notoriously conservative and shy away from anything that features rapping even when – as here – it’s organic and contextual. My guess is that the soul crowd will prefer the rap-less ‘Day By Day’, even though its groove isn’t quite of the quality of the two above mentioned tunes.

Those who prefer soul balladry might be intrigued by ‘Gone 2 Long’ and ‘You Got Me’, but they both meander and lack real focus. Then there’s ‘Let’s Get It On’. It’s not the Marvin Gaye song but it ploughs a similar furrow with classy lyrics like “why don’t you take off your sexy dress but leave your high heels on… I’ll get you off like never before”!

Elsewhere our man seems to be in thrall to a certain Maxwell. Songs like ‘Running’, ‘Scotch Groove’ and ‘Jam @ Fendal’ have that vague, self-indulgent experimental aspect out of which Maxwell has built a career. Add these neo-soul rambles to reggae, rapping and even a track featuring Dutch guitar god, Jan Akkerman and you have a right old mixed bag of an album. Maybe it’s what Dutch audiences want but my hunch is that elsewhere Brown Hill will be seen to be falling between too many stools.