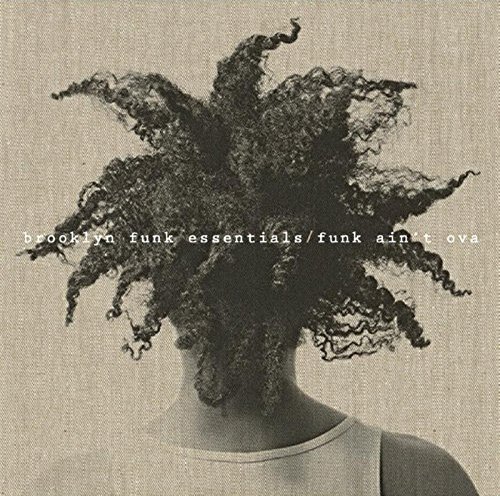 Celebrating 20 years since the release of their Dorado-issued debut album, Big Apple aggregation Brooklyn Funk Essentials return to the fray with this, their fifth long player. Originally co-founded in 1993 by uber-dance-producer Arthur Baker and Swedish bassist Lati Kronlund (who also made his name helming records for the likes of Alison Limerick, The Pasadenas, Tina Turner and Al Green and now writes movie scores), BFE accrued a cult following with their earthy brand of quirky, horn-soaked funk. Now revamped with Kronlund still at the helm, this engaging 11-track collection shows that the band haven’t lost their knack for creating danceable funk juggernauts.

The album’s catchy opener, ‘Blast It!’ – also the first single from the album – sets the tone with its pattering percussion, sleazy Rhodes chords, propulsive groove and soulful lead vocals that combine the talents of Stephanie McKay, Desmond Foster and Papa Dee. ‘Dance Or Die’ – fronted by noted singer Joi Carwell – deepens the funk quotient with a feel that’s reminiscent of the Brand New Heavies at their best. A stellar cameo appearance comes from the late Isaac Hayes, who recorded the previously unissued ‘I’m Gonna Find Me A Woman’ with the band in the ’90s. It morphs from a mid-tempo late night groove into a stomping soul dancer. The excellent Stephanie McKay is spotlighted on the breezy jazz-funk of ‘Prepare’ – co-penned by Crystal Waters and arguably the set’s outstanding cut – while Joi Carwell also returns on  ‘Gabriel,’ a simmering ska-tinged number with piquant horns. In contrast, ‘Hold It Down’ has a laidback, loping gait and ‘Set It Off’ is an uproarious party jam that recalls the insistent rhythmic pulse of the Stereo MCs’ ‘Connected.’  Cast from a different mould is ‘Recycled,’  an atmospheric, Caribbean-inflected mood piece fronted by treacle-voiced dub poet Everton Sylvester. Though stylistically, its trippy vibe goes against the grain of the rest of the album – it has more in common with the music of fellow West Indian wordsmith, Anthony Joseph – the mesmeric nature of its character means that it makes for compelling listening and adds a deeper dimension to ‘Funk Ain’t Ova.’

A funk extravaganza comprising a varied range of different hues and flavours, BFE’s latest platter is well worth tucking in to if you’re a gourmet grooveologist.