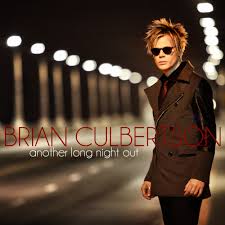 Brian Culbertson is a giant of smooth jazz. Twenty years ago things were different. The multi-instrumentalist was a struggling student at Chicago’s De Paul University frantically recording demos in the bedroom of his Fullerton Avenue apartment. His endeavour paid off when execs at Mesa/Bluemoon Records heard something in the rough tracks and offered Brian a 6 record deal. The first fruit of the contract was Culbertson’s debut album – ‘Long Night Out’. Now twenty years later our man revisits the long player with new recordings of the set’s 11 tunes. On the original Brian played almost all off the instruments himself but for this new reading he calls on smooth jazz’s A listers – all pleased to help out a fellow player who’s always keen to work sessions with them. So here the guest list includes people like Russ Freeman, Eric Marienthal, Candy Dulfer, Steve Lukather, Paul Jackson Jr, Chuck Loeb, Nathan East, Lee Ritenour, Rickey Lawson, Jonathan Butler, Lenny Castro and Patches Stewart.

Quite a team… and as you’d expect the music is slick, smooth, polished and professional. The overriding atmosphere is laid back … ethereal, haunting even. Try ‘Beautiful Liar’ or ‘Double Exposure’ to hear what I mean. Rarely does the music lift its head over the metaphoric parapet – the jaunty ‘Long Night Out’ and sprightly ‘Heroes Of The Dawn’ are about as brash as you’ll get here though the soulful shuffle of ‘Fullerton Avenue’ has it’s attractions too. My highlight has to be the opener, ‘City Lights’ –maybe because it reminds me a little of Bruce Hornsby’s ‘The Way It Is’. Culbertson’s keys really do sparkle here –a perfect foil for Lee Ritenour’s biting guitar. Yes, the guest contributions really do work here. Patches Stewart’s muted trumpet is particularly effective on ‘Horizon’. Together Brian and his guests have crafted a classic smooth jazz set – ticking all the boxes that the genre throws up.

What is different is the way the album has been financed. It was all done between Culbertson and his fans who were encouraged to help finance the project in return for all kinds of worthwhile goodies – like signed copies, invitations to the mastering and tickets to Brian’s Napa Valley Jazz Getaway in June. The way forward maybe? Find out more @ www.BrianCulbertson.me