BRIAN AUGER: Back To The Beginning (Freestyle) 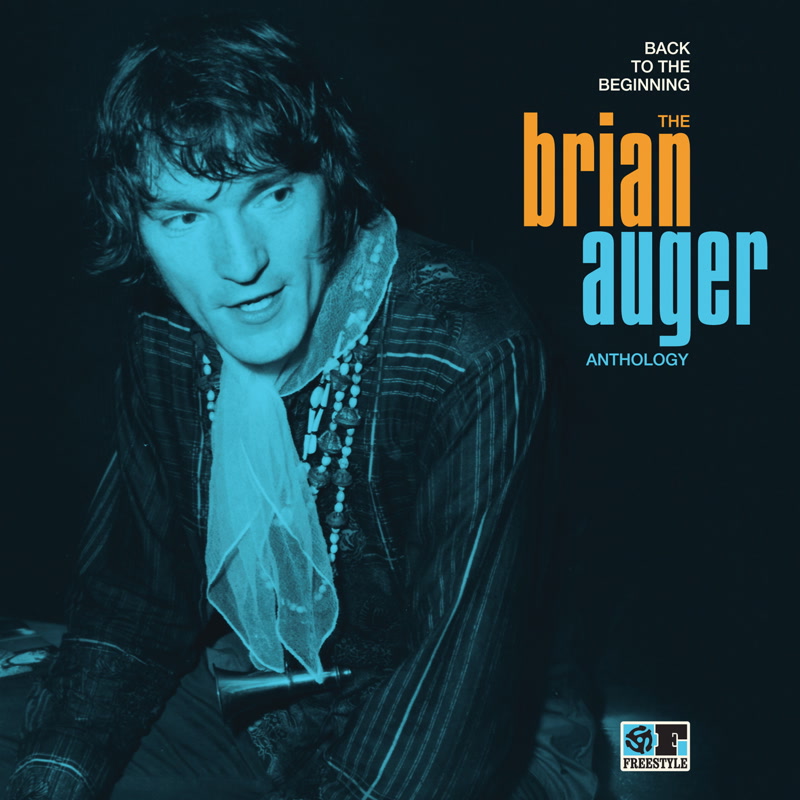 Veteran UK Hammond organ grinder, Brian Auger is celebrating 50 years in the music biz and to celebrate, Freestyle Records are about to release this 24 track retrospective that, happily, covers all the bases in Brian’s long and garlanded career.

The album features music from his days as the leader of a piano jazz trio, from his Oblivion Express period, from a new live album recorded in Los Angeles and, perhaps most significantly for soul collectors, there’s music from the heady days of the mod, mid sixties when Brian was a member of the legendary Steampacket and then with Trinity.

Steampacket was fronted by an A list team of vocalists – Long John Baldry, Rod Stewart and mod icon Julie Driscoll. However nothing of theirs was ever officially released at the time (dreaded contractual problems) but here, from that period, you can enjoy the Stewart-led version of Sam Cooke’s ‘Shake’ and an energized Julie Driscoll leading on a take of Willie Mitchell’s ‘That Driving Beat’.

Oddly for what purports to be a comprehensive over view, Trinity’s biggest hit – a cover of Dylan’s ‘This Wheel’s On Fire’ is missing. (Modern contractual problems, I’m guessing). Though you do get a searing version of Aretha’s ‘Save Me’ (the lovely Julie again!) and a wild semi-instrumental, packed with Northern soul references, ‘I’ve Gotta Go Now’.

The album (which comes in both CD and 2 X LP formats) is arranged in rough chronological order with the final flourishes coming from an upcoming live album – interestingly one of the cuts (‘Butterfly’) features Augers’ latest female muse – his daughter Savannah.