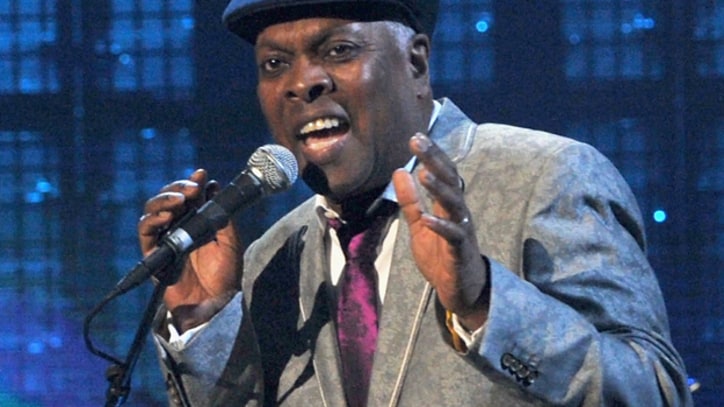 As soul music historians will know, Memphis organ maestro, Booker Taliaferro Jones, played a pivotal role in the rise of Stax Records as a major force in rhythm and blues music during the 1960s. As the leader of the groundbreaking bi-racial quartet, Booker T & The MGs, he was responsible for some of the decades biggest and most memorable R&B smashes. He brought some of those hits as well as a profound sense of soul music history, along with him to the Cheltenham Jazz Festival  where he led a funky quartet that included his son, Ted Jones, on guitar,. plus a potent rhythm section comprising drummer Darian E. Gray and bassist Melvin Brannon. Looking dapper in a dark suit, complete with flat cap, Jones began the show sitting at his trusty Hammond B-3 organ, where he led his band through a 90-minute set that blended original material and classic Stax sides with some unusual covers.

The set began in cinematic style with an organ-led version of the Spaghetti Western theme, ‘Hang Em High,’ and then followed with one of his more recent offerings, the riff-laden, blues-rock-esque, ‘Potato Hole.’  Jones stepped up the mike to sing the portentous groove ballad, ‘Born Under A Bad Sign,’ a song that he co-wrote for blues legend, Albert King, in 1967. In fact, he returned to the microphone several more times during the performance, and also came out from behind the organ every now and then (“my Doctor says I mustn’t sit down too much,” he offered by way of explanation) to don an electric guitar and show another side to his talent, where he sang a series of heartfelt homages to Bob Dylan (‘Knockin’ On Heaven’s Door’ – Jones told us he played bass on the original record), Muddy Waters (‘Mannish Boy’), Jimi Hendrix (‘Hey Joe’), and even Prince (‘Purple Rain’).

But as enjoyable as the performances of these seemingly incongruous songs were, which also demonstrated Jones’ versatility, what the audience really wanted to see and hear was the Memphis soul man  ensconced on a stool at his Hammond B-3 going through his considerable back catalogue. And to be fair, he didn’t disappoint on that score, punctuating the set at regular intervals with terrific renditions of  iconic Booker T & The MG’s material, ranging from stone classics – ‘Green Onions,’  ‘Soul Limbo,’ ‘Hip Hug-Her,’ and ‘Melting Pot’) to lesser known gems from their canon (‘Soul Dressing,’ and the band’s tremendous take on George Gershwin’s immortal ‘Summertime’). Climaxing with a roof-raising version of the MG’s classic ‘Time Is Tight,’ Booker T Jones showed that while at 72-years-old he might be eligible for retirement, thankfully, he’s definitely not ready to embrace it just yet. A stunning show from a bona fide legend.