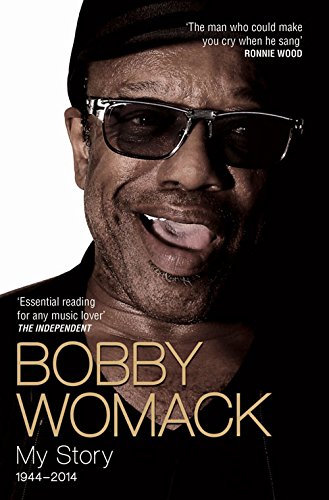 Bobby Womack’s autobiography is very much like the music he made – raw, unbridled, and unflinchingly honest. With the help of ghost-writer, Robert Ashton, the late singer/songwriter/guitarist etches a vivid chronicle of his life, which begins with a gripping prologue that flashes back to when Womack’s wife Barbara found in him bed with her daughter, Linda, and chases him with a gun while he’s trying to pull his pants up. Though initially humorous and seemingly farcical, the upshot is that a terrified Womack has his hair parted by a bullet and luckily, only just evades the scythe of the Grim Reaper. It’s one of several close shaves and a scene that encapsulates an enduring theme in the book – living on the edge and coping with extreme situations.

Robert Dwayne Womack grew up living a hard knock life in a Cleveland ghetto but found a way out of it via singing in a gospel group with his brothers. Under the tutelage of Sam Cooke – a former church singer who had morphed into a pop heartthrob – the Womack Brothers became The Valentinos and crossed over into secular music. Womack got to play guitar for Cooke and he paints a fascinating portrait of the singer who is painted a serial adulterer and eventually died tragically when he was shot by the proprietor of a cheap motel. There are plenty of other tasty anecdotes – about Jimi Hendrix, for example, when he was a sideman for hire and James Brown, whose military zeal and dictatorial attention to detail whipped the Valentinos into shape; and tales about working with Wilson Pickett and Elvis. The book’s candour is refreshing – Womack doesn’t pull any punches about his own demons (especially his drugs problems) and there’s plenty of humour as well as penetrating insights into his own life and the lives of other musicians. It all adds up to an addictive read that every soul music fan will find hard to put down.