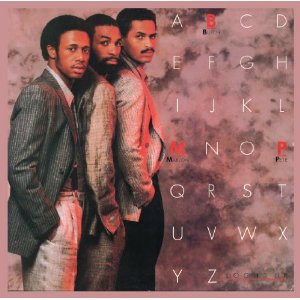 After reissuing MBC’s self-titled 1983 album, Northampton’s Funky Town Grooves label now turns its attention to another early ’80s US soul/funk trio whose name was formed by the initials of the members’ monikers (though in this case, it’s the band’s first names rather than surnames). BMP – comprising singers Butch McNeil, Marlon Holland and Pete DaCosta – released ‘Loc It Up’ on Columbia in 1985 and although it never saw any chart action, it’s a well-produced major label set (thanks to Gene Redd’s input) that balances smoothly harmonised soul grooves with energetic, bass-driven dance floor workouts. Of the former, the plaintive ballad, ‘Say Yes,’ stands out, while the opening title cut, ‘Let Me Show You,’ and the effervescent ‘Let’s Party’ (despite its somewhat banal lyrics) demonstrate that BMP could lay down some tight, minimalist, and classy funk-infused grooves just as well as any other ’80s soul act. Also noteworthy are the tracks, ‘Joyful Occasion,’ which combines slick vocal interplay with a funky rhythmic undertow built on a great bass line, and the jazzy ‘How Bad (Do You Want It).’ This limited edition reissue is remastered from the original tapes and aficionados of ’80s soul and funk are advised to snap it up post-haste before it disappears.