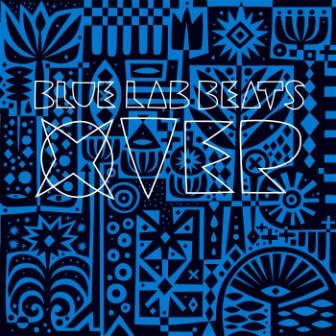 All the serious soul media has been featuring Blue Lab Beats over the last 18 months or so. The consistent comment from almost all has been that the music making duo , NK-OK and Mr D.M are not every one’s cup of soul tea but they do offer something which is almost hypnotic… irresistible even. Yes, so much so that they’ve enjoyed high profile play outs on all the credible soul stations while discerning DJs have held their nerves and given several of the pair’s singles several spins. I’ve lost count of how many singles that have come out of the Blue Lab (remixes have made the count more tricky) but now the long-promised album is here and over the 16 tracks you’ll be taken on an extraordinary musical journey – hearing soul nuances, jazz garnishing, electronic sweeps, laid back ethereal horns, boom-bapping beats and off the wall, intriguing vocals.

If you’ve been following the progress of Blue Lab beats by now you’ll be familiar with tunes like ‘Blue Skies’, ‘Pineapple’ and ‘Sam Cooke and Marvin Gaye’ and maybe that last, intriguing, iconic title is a good place to get to grips with what Blue Lab Beats are about. The track isn’t really a tribute to two of soul’s all-time greats; rather it’s a jazzy, hip-hop reflection on the power of nostalgia. It’s not “nostalgic” (like many soul “tributes” are) but a statement that we all need our heroes and rather than copy their style and sound , we should emulate them; in this case, like Marvin and Sam – stay ahead of the curve and offer something new and exciting. I think Mr C and Mr G would approve!

Though we’ve singled out that one cut as a sonic example and kind of mission statement, cherry-picking isn’t what ‘Xover’ is all about. The 16 tracker is one, consolidated sound sweep that’s meant to be enjoyed in its entirety. That said there are some specific special moments here. We have the gentle Latin rumble ‘Pina Colada’ on repeat right now. For two music makers so young (I think NK-OK and Mr D.M aren’t yet 20), this is a work of considerable maturity…a quasi cinematic masterpiece. Helping the duo deliver here are Nubya Garcia and Richie Seivright and  right across the album there’s a guest list of Cecil B De Mille proportions while on the outro a number of London soul and hip-hop “names” sing the duo’s praises. One of them – Nina, photographer- calls the music here “just a vibe“. And that just about sums everything up. ‘Xover’ is just one cool vibe – creating a new-age soulful hip-hop renaissance.