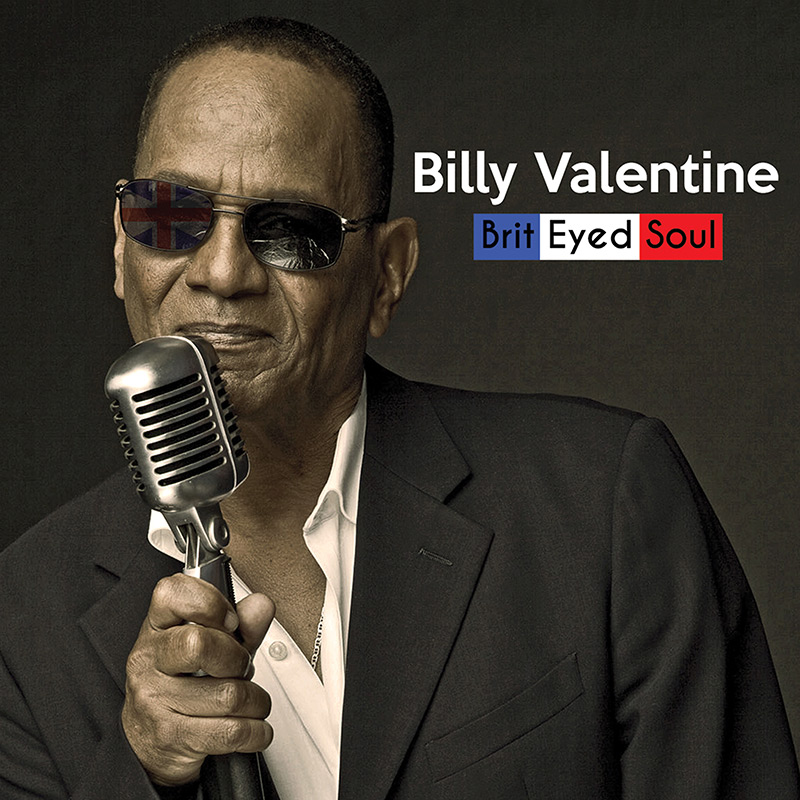 Here’s an interesting concept album from an interesting singer, Billy Valentine. These days Valentine is best known for voicing the main theme to the hit TV show ‘Boston Legal’. He also featured in the movie ‘The Five Heartbeats’ but to proper soul fans he’s fondly remembered as the lead voice in the Valentine Brothers who in 1982 enjoyed a hit with the original version of ‘Money’s Too Tight To Mention’. That song, of course, went on to become a massive hit for Simply Red …another soul tune that in the mainstream is best known in the cover version! That got Billy Valentine thinking and he counted dozens of similar situations going way back. Why even the Beatles and the Stones covered soul songs on their early long players and, in return, people like Otis Redding, The Supremes and Aretha would cover British hits…. something that seems to have died out of late. So here Billy Valentine restarts the practise by covering a dozen songs that originated in the UK.

He’s cast his net wide picking songs made famous by people like the Bee Gees, Steve Winwood, Cat Stevens, Elton John and the Beatles and as with earlier soul covers of Brit songs some work and some don’t. I Know it sounds obvious but the ones that work the best are where the songs have a soulful (rather than a rock) root in the first place. So Billy makes a great job of Culture Club’s ‘Do You Really Want To Hurt Me’, Ace’s ‘How Long’ and the Bee Gees’ ‘More Than Woman’ which he slows right down… lovely. He also returns the compliment that Mick Hucknall paid to him on ‘Money’ by covering his ‘Holding Back The Years’. Quite a few soul folk have tackled this one and Billy’s version is up there with the best.

Rockier, punkier material (the Clash’s ‘Train In Vain’ and the Stones’ ‘Beast Of Burden’ for instance) don’t travel the soul road all that well while this jury’s still out on the takes of John Lennon’s ‘Watching The Wheels’ and the Fabs’ ‘Here There And Everywhere.’ Yep… file this set under “interesting”.